You are here: Home / Archives for christina aguilera 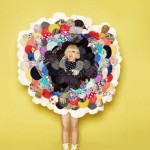 Official Website- www.siamusic.net Facebook- Sia Furler Twitter- twitter.com/siamusic Myspace- www.myspace.com/siamusic Be sure to tune into "The Voice" on NBC at 10:00 PM ET tonight (May 10, 2011) to catch an appearance by Australian born singer Sia who will be a guest mentor on Christina Aguilera's team.  I've posted about her before, but in case you haven't … END_OF_DOCUMENT_TOKEN_TO_BE_REPLACED

Here's some news on the upcoming NBC reality show "The Voice." I love the concept and think it just might bring to television what "American Idol" is missing especially post Simon Cowell.  Plus, I'm still crushin' on Carson Daly from his days on MTV's "Total Request Live" (TRL).  Daly, who has sustained a career beyond  MTV with his own show on NBC "Last Call with Carson Daly" … END_OF_DOCUMENT_TOKEN_TO_BE_REPLACED 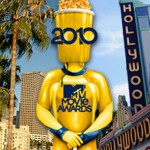 The MTV Movie Awards is one of the few awards shows where you are the jury who votes for their own nominees and then gets to vote on who they want to win.  This year's MTV Movie Awards is being hosted by the hilarious Aziz Ansari that you may recognize as the character "Tom" on "Parks and Recreation." I wish I was able to get out there this year, but I'll be watching on … END_OF_DOCUMENT_TOKEN_TO_BE_REPLACED 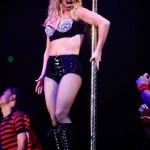 I am admittedly a Britney Spears hater.  I just can't help it, and she makes it so easy.  Yes, I do own some of her music, and yes, I do like some of her songs, too.  For me, this goes all the way back to when they kept pinning Britney up against Christina Aguilera.  Christina wins hands down from vocals to performance.  Now that I've seen both of them in concert, I feel … END_OF_DOCUMENT_TOKEN_TO_BE_REPLACED