You are here: Home / Archives for Chivalrous Culture 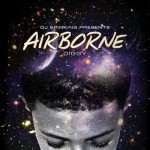 Blog- Life of a Jet Setter Athletic Shoe Line- Chivalrous Culture Facebook Fan Page- Diggy Twitter- Diggy_Simmons I've had the pleasure of watch Diggy Simmons' rap career take off virtually from the start.  Yet, Diggy continues to remain versatile like the rest of the family.  He's launched an athletic men's shoe line Chivalrous Culture and starring in one of … END_OF_DOCUMENT_TOKEN_TO_BE_REPLACED 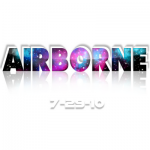 As I've been reporting through my one-on-one interview with Diggy Simmons (read "Blazing New Artist Spotlight: Diggy Simmons") as well as other announcements, Diggy has been busy working away on his first album since he was signed to Atlantic Records on his 15th birthday.  His album "Airborne" is slated to drop on July 29, 2010.  Word is that there will be another project … END_OF_DOCUMENT_TOKEN_TO_BE_REPLACED 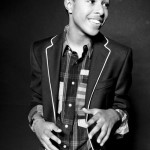 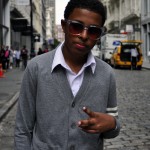 Twitter (Diggy)- twitter.com/diggy_simmons Twitter (Chivalrous Culture)- twitter.com/ChivCulture Blog- Life of the Jetsetter Blog- Chivalrous Culture Daniel "Diggy" Simmons is definitely carrying on the Simmons legacy. With a raps that are contagious enough to land over 100,000 downloads of his "The First Flight" mixtape just through from own blog Life of The Jet … END_OF_DOCUMENT_TOKEN_TO_BE_REPLACED 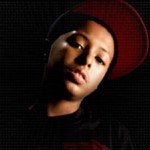 Diggy's on fire right now! Having the internet going nuts last Friday being the first to release a remix to Drake's "Over" and dropping "Just The Beginning" wasn't enough for the younger Simmons. Hopping in the studio once again, Diggy Simmons got the "clearance from Nas" and wrecks "Made You Look" and created "Flow Stoopid." Don't forget to check out Diggy's, "The First … END_OF_DOCUMENT_TOKEN_TO_BE_REPLACED