You are here: Home / Archives for Bunim/Murray

Bunim-Murray Productions is bringing its MTV "Real World" franchise back to San Diego for season 26 and will air in fall 2011.  The best resource for early cast sightings and spoiler buzz is to head over to Vevmo.com and look under The Real World San Diego: La Jolla.  From what I read on Vevmo.com, it seems like filming has already begun. As so many of us have been asking … END_OF_DOCUMENT_TOKEN_TO_BE_REPLACED 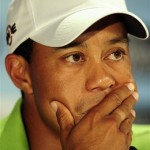 I just ran across this press release and thought I'd share.  What do you think about Golzar Amirmotazedi's claim?  She was the Goth girl that Andrew Woods occupied as Josh Colon was trying to talk to another girl named Isabella.  Remember?  She was the one that got all personal saying she suffered from anxiety? Gawker has a post with the court documents plus some video clips … END_OF_DOCUMENT_TOKEN_TO_BE_REPLACED