You are here: Home / Archives for black filmmakers 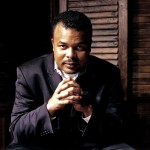 There are more black men in jail than in college.  Black women make more money than black men.  Most black men don't pay child support.  Statements like these are commonly thrown around by common folks and experts alike as if they were unequivocally true.  Janks Morton has taken it as his personal mission to debunk these "truths" about black men in his documentary "What Black … END_OF_DOCUMENT_TOKEN_TO_BE_REPLACED 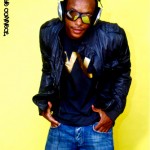 Below is a repost of the Tabi Bonney interview I wrote for Jenesis magazine, October 2008 issue... … END_OF_DOCUMENT_TOKEN_TO_BE_REPLACED

After learning (thanks CutSleeveBoy) that Maurice Jamal had a new tv series that was a spinoff from his movie "The Ski Trip," I was all about getting hip to the movie to see if the series (tv series... The Ski Trip 2:  Friends and Lovers) would be worth watching.  It was already on my netflix list, but I moved it up to the top of the queue last week so I could watch it. I … END_OF_DOCUMENT_TOKEN_TO_BE_REPLACED