You are here: Home / Archives for barack obama 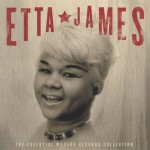 Just shy of her 74th birthday, the legendary Etta James has passed on today at a Riverside, California hospital.  She had been battling leukemia and also contracted Hepatitis C and was suffering from dementia.  She is probably most recognizable by her vocals on the 1941 R&B classic "At Last."  While it's become quite a popular tune at wedding receptions as the first dance, … END_OF_DOCUMENT_TOKEN_TO_BE_REPLACED

EXCLUSIVE!!!  BREAKING NEWS!!! Ted Williams aka "The Man with the Golden Voice" who was discovered on a street corner in Columbus, Ohio is now communicating with his fans worldwide through social media.  Reach Williams via Facebook (http://on.fb.me/dG7YQz), Twitter (twitter.com/TedWilliams53), and YouTube (www.youtube.com/TedWilliams53).  He also has a website that includes … END_OF_DOCUMENT_TOKEN_TO_BE_REPLACED

Episode Summary In 2008, President Barack Obama secured the LGBT vote, promising full equality for the community. Two years later, many are critical of the pace of change. The September 2010 episode of  IN THE LIFE asks if the man in the White House is an advocate for gay rights, and service members talk to Senator Kirsten Gillibrand (D-NY) about "Don’t Ask, Don’t Tell." … END_OF_DOCUMENT_TOKEN_TO_BE_REPLACED 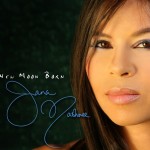 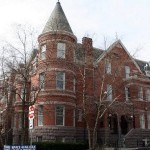 Well, it's about damn time that MTV bring the Real World to Chocolate City.  I just ran across an article link on twitter about the Real World house that can be found at 20th and S Streets, NW.  I can't wait to do my own drive-by the next time I'm in town.  You all will have to let me know if you've seen any of the cast out and about or even got caught up as a romantic … END_OF_DOCUMENT_TOKEN_TO_BE_REPLACED