You are here: Home / Archives for angela simmons 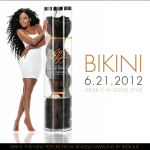 I loved Angela Simmons since her days on MTV's "Run's House" and the spin off with her sister Vanessa Simmons "Daddy's Girls" where we watched them launch their women's athletic shoewear line called Pastry.  Talk about a family of entrepreneurs and philanthropists, too!  Now Angela is getting in the hair extension business by partnering with Indiqué Hair to create her own line … END_OF_DOCUMENT_TOKEN_TO_BE_REPLACED

I have never written about the show "Run's House," but you know I'm an MTV head.  I love that show and have watched every season.  To see the trailer for Angela and Vanessa Simmon's spinoff series "Daddy's Girls" has me doing cartwheels across the living room...figuratively speaking.  One, it's nice to see one of these mindless fluffy, just for fun shows feature some sisters of … END_OF_DOCUMENT_TOKEN_TO_BE_REPLACED