You are here: Home / Archives for Amber Portwood 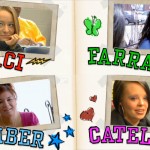 Cast Twitter IDs (plus as many of the guys as I could find, too): @MaciBookoutMTV, @CatelynnLowell, @F1Abraham, @aprtwd, @ItsGaryTime, @TylerBaltierra, @KyleKing100 MTV's Twitter List for the cast: twitter.com/MTV/teen-mom Facebook- facebook.com/teenmom The girls originally featured on MTV's "16 and Pregnant" followed by the the first season of "Teen Mom" Farrah Abraham, … END_OF_DOCUMENT_TOKEN_TO_BE_REPLACED 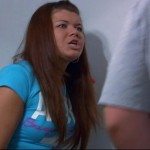 "16 and Pregnant" was not so interesting, more of a modern day ABC "After School Special," but its spin-off "Teen Mom" is completely "NOT delicious" (you have to watch "The A-List" to get that joke :lol: ).  I would never have guessed that a reality show about teenage mothers would get us all hooked.  It's like "Hoarders" for the judgmental...scratch that...I mean discerning … END_OF_DOCUMENT_TOKEN_TO_BE_REPLACED