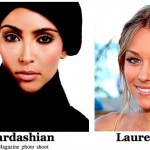 NEW YORK, Dec. 6, 2010 (PRNewswire) -- The Daily Beast has released a ranking of the 10 top-earning reality-television stars. The estimates of earnings were calculated from dozens of discussions with industry professionals, agents, managers, and publicists, as well as published reports and public financial disclosures. Our study examined stars who derived their fame from … END_OF_DOCUMENT_TOKEN_TO_BE_REPLACED