You are here: Home / Archives for ifelicious tv / The City 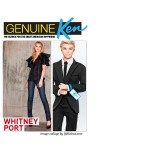 Last week, I reported "MTV cancels 'The City' with Whitney Port after two seasons."  Now, we know Whitney's newest conquest... To some degree, I get it.  We've seen Whitney Port very focused on her career as a fashion designer in "The Hills" followed by "The City," and this online reality hosting gig gives her something fresh to do (notice I said online show...just … END_OF_DOCUMENT_TOKEN_TO_BE_REPLACED

MTV has canceled "The City" after two seasons. This really isn't shocking news to me.  While I watched "The City," I never thought Whitney Port carried the show.  It was the sideline drama that really made no sense but was still entertaining between Olivia Palermno and Erin Kaplan (interesting read in the LA Times "'The City' exclusive: Erin Kaplan unleashes on Olivia Palermo … END_OF_DOCUMENT_TOKEN_TO_BE_REPLACED

I put "next season" in my post title because MTV is showing it as Season 2 and I agree with commenter "Desiel" on the MTV.com "The City" page with the trailer. that believes it's season 3.  I'm sure someone reading this will be overjoyed to make the correct call. Hurry up month of April!  There's so much great programming returning to TV.  I don't know if I'd classify "The … END_OF_DOCUMENT_TOKEN_TO_BE_REPLACED

First of all, I don't what the show's ratings have been, but I'm surprised to see it go on to a second season.  I like Whitney, but she's boring to watch on tv as a featured "actress."  Olivia kept the show going last season and she's back now working for Elle magazine while Whitney works part-time at her old haunt People's Revolution and is starting her own clothing line … END_OF_DOCUMENT_TOKEN_TO_BE_REPLACED

I love learning about the real people behind reality tv.  Nevan, I was liking your role as the snobby gay bff/cousin, but you're a little naughty one.  ;-) From The Smoking Gun... Meet James Nevan Donahue. If you're a fan of MTV's new faux reality show "The City," you'll recognize Donahue as the bothersome swell who pals around with an odious New York City woman named … END_OF_DOCUMENT_TOKEN_TO_BE_REPLACED