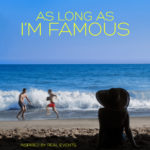 Premiering in early 2019 is writer-director Bruce Reisman's latest feature film "As Long As I'm Famous." The indie film pays homage to Broadway and Hollywood's Golden Age where, unlike today's social media driven world, privacy was not just implied, it was expected. As such, Hollywood and Broadway luminaries got away with legendary cocktail parties, behind-the-curtain … END_OF_DOCUMENT_TOKEN_TO_BE_REPLACED 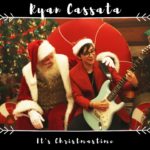 Ryan Cassata takes on a Christmas classic, originally written by George Danno, Jr., in a new way that is certain to warm your spirit with his latest single and video for "It's Christmastime." The result is coffeehouse smooth with visuals that exude warmth not only in the LA scenery but with the Cassata's own childhood family Christmas images interwoven. WATCH/LISTEN to Ryan … END_OF_DOCUMENT_TOKEN_TO_BE_REPLACED 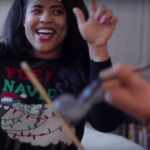 Gabrielle Solange "Baby It's Cold Outside" Gabrielle Solange just released a video of her own version of the controversial Christmas classic "Baby It's Cold Outside" with a fresh twist and featuring Columbus, Ohio based band TATTAT. In Solange's version, the roles are reversed and she is trying to persuade the guy - played and sung by TATTAT's Ian Ulrich (vocals and violin) … END_OF_DOCUMENT_TOKEN_TO_BE_REPLACED