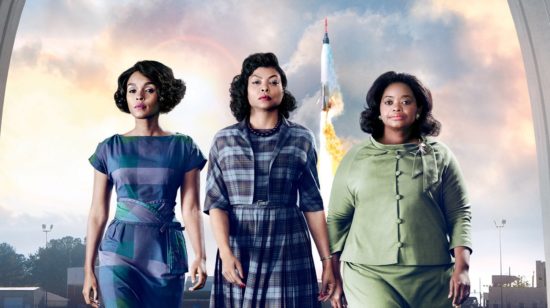 (Wrote this on January 7, the day after “Hidden Figures” premiered in the theaters)

I really don’t bother to go to the mainstream theaters anymore; but, I’m glad a friend invited me to see “Hidden Figures” on opening night. It made me want to grab a mechanical pencil and some graph pape and stay up all night trying to solve for X…and then hit up a NSBE meeting the next day. LOL! Seriously, it took me back my days as an undergraduate and graduate engineering student in a way that made me proud.

I’m disillusioned by Hollywood’s typical fare consisting of recycled storylines, over-the-top special effects, hypersexualized women, and stomach churning violence. I’ve, rather, always opted for a well told story with solid acting. Make it a documentary and I’ll push play before I know much about the subject. Maybe it’s the writer-reporter-nerdy mcnerd in me. I prefer the realm of smaller budget productions by independent filmmakers.

Something about “Hidden Figures,” however, left me with such a heavy case of the feels that I dusted off the cobwebs in this blog and let my writing urge resurface. I mean, I was nervous fast-tapping my right foot, forward posture in my chair, barely blinking the entire 127 minutes. Katherine Johnson’s (Taraji P. Henson) story, in particular, had me mesmerized. Her aptitude for math was – as Kenya Moore from the “Real Housewives of Atlanta” would say – “Gone with the Wind fabulous.” I was a bit of a stealth math queen in my own right, back in the day, who could twirl her way around a calculus book. As of late, that part of me has been set down for a long winter’s nap, never to see once highly held ambitions of teaching high school or college math hoping to demystify and inspire just as some of my favorite math professors had done for me. But last night, that part of me was woke as f*ck. This movie moved me without sex scenes, beheadings, or billion dollar CGIed trickery.

I also appreciated the struggle that “Hidden Figures” stars Katherine Johnson, Mary Jackson (Janelle Monae), and Dorothy Vaughan (Octavia Spencer) endured as black women in white male dominated industry during the 1960s in the south. It’s one thing to have to prove your capabilities on a job, but to pair that with a one-two punch of racism followed by sexism, and it’s just not a fair fight. I can’t imagine having to walk a half mile to the other side of campus just to use the restroom when there’s a perfectly functioning, nicer one right down the hall reserved for white women. My chest tightened and my heart felt real pain to see that look of utter disgust from Katherine’s white colleagues when her brown fingers wrapped around the black handle of a coffee pot. Despite Katherine’s challenges that had me thinking back to First Lady Michelle Obama’s viral quote “When they go low, we go high,” failure was not an option nor was mediocrity. Unfortunately, it’s something all too familiar to the black experience even in present times.

Chalk it up to the 1960s, but you’ll still find chalk dust right here and now. For me, it was things like being iced out of a discussion with my peers or an eye roll or a backhanded compliment. More subtle yet still palpable as just about any African-American will tell you. Regardless, I am indebted to the Katherine Johnsons, Mary Jacksons, and Dorothy Vaughns of yesteryear who made it possible for me to study engineering as an undergraduate and graduate student fully funded based on my academic merit. Sure, that’s a bit of a brag, but then it’s not when I think of how they kept moving the goalpost when Mary Jackson tried to advance her career at NASA’s Langley Research Center – where “Hidden Figures” is set – and she had to petition in court to get permission to further her education at a segregated institution just to stay in the game.

If you have an appreciation for overcoming seemingly insurmountable adversity, prepare to be taken to chuuch (that’s different than just “church”) when you see “Hidden Figures.” Anyone with young girls in their life, set up a movie date and treat yourselves to this film. And all my black lady engineers, mathematicians, and scientists come get some rare soul food from Hollywood. I’ll close with a nod to author Margot Lee Shetterly who wrote the nonfiction book “Hidden Figures” on which this film was based. I’ll be adding it to my reading list for this year.