In my RuPaul voice, “This is an hip hop music extravaganza!” On November 12, Missy Elliott dropped her latest single and video for “WTF (Where They From);” and A Tribe Called Quest will be reuniting on “The Tonight Show with Jimmy Fallon” on November 13 in celebration of the 25th anniversary of their debut album. Both announcements make this the best week ever! 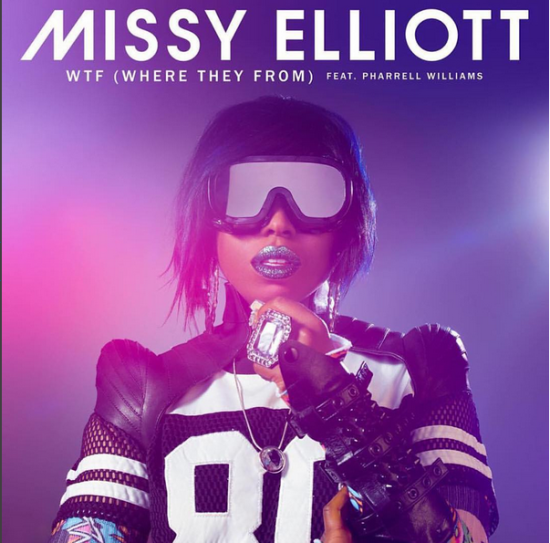 5-time Grammy Award winner and Atlantic Records recording artist Missy Elliott produced “WTF (Where They From)” with Pharrell Williams who is featured on the track. What I love is that the song is fresh while staying true to Missy Elliott’s quintessential style- dope beats, fly hook, and designed to make you dance! She kept it true Missy Elliott style with the video as well. Directed by fellow Grammy Award winner Dave Meyers (“Lose Control,” “Work It,” “We Run This”), we’re treated to creative genius from the costumes to the choreography to the visual effects. By the way, I LOVED the puppets! I wouldn’t be surprised if the video gets nominated for several awards in the coming year. Besides blowing up social media with those of us who have been salivating for her to release new music, “WTF (Where They From)” featuring Pharrell Williams is getting a lot of publicity, too. In line with yesterday’s release, the video played in New York City’s Times Square on the @beatsbydre billboard and will serve as the official theme during the early part of ESPN’s coverage of the 2015-16 NBA season.

VIDEO: “WTF (Where They From)” by Missy Elliott featuring Pharrell Williams
(click here to view directly on YouTube)

Use/Search the hashtag #WTFMissy for more info. Missy Elliott is now on Instagram and recently revamped her official website. You can also find her on Twitter and Facebook. “WTF (Where They From)” by Missy Elliott and featuring Pharrell Williams can be downloaded via iTunes, Amazon, and Google Play or streamed on Spotify.

“Can I Kick It” with A Tribe Called Quest?

Yes, you can! This best week ever ends with hip hop legends A Tribe Called Quest dropping a 25th anniversary edition today (Nov 13) of their debut album “People’s Instinctive Travels and the Paths of Rhythm,” originally released in 1990, and reuniting for a couple of promotional appearances (hopefully more). All four members: Q-Tip, Phife Dawg (a nickname I carried for a while back in the day because of its similarity to my real name), Ali Shaheed Muhammed, and even lesser known contributor Jarobi White will be performing on “The Tonight Show with Jimmy Fallon” November 13 followed by a now sold out public concert at Santos Party House on November 14. Dang! Where was my media invite for Saturday? 😉 I should be back on a plane to NYC!

UPDATE 11/14/2015: Video of A Tribe Called Quest performing “Can I Kick It” on “The Tonight Show with Jimmy Fallon” (or click here)

ESPN even embraced the hype by inviting rapper and sports enthusiast Phife Dawg to be interviewed by Scott Van Pelt on Sports Center (click here to watch the video).

“I had this album in my head for years before I did it. Looking at it overall, to see the thoughts of a 16 year old gain any kind of acknowledgement makes me feel like I have arrived…But to see it in this incarnation…I’m humbled” 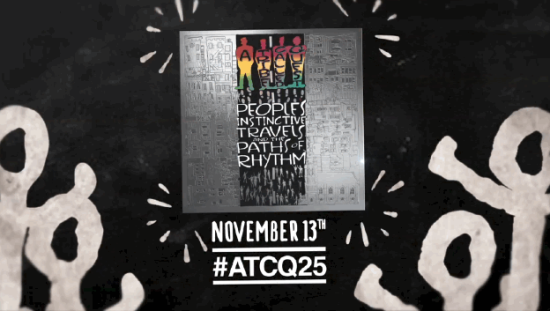 A Tribe Called Quest formally disbanded in 1998. It was rumored and described in the documentary “Beats, Rhymes & Life: The Travels of A Tribe Called Quest” that a falling out between Q-Tip and Phife Dawg was at the epicenter. They’ve since made a few guest appearances and even opened for Kanye West.

The 25th Anniversary release of “People’s Instinctive Travels and the Paths of Rhythm,” remastered by Grammy Award winning engineer Bob Power and released on Sony Music, is just a first in a series of re-releases planned, according to their official website. Keep up with everything A Tribe Called Quest by using/searching the hashtag #ATCQ25 and connecting via Twitter, Facebook, and Instagram.