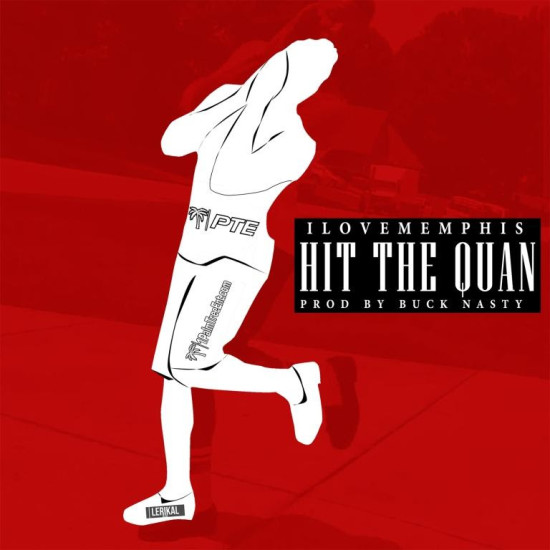 Silento’s “Watch Me (Whip/Nae Nae)” dance craze and viral videos are yesterday’s news. Now, it’s all about “Hit the Quan” by rapper iLoveMemphis, formerly called iHeart Memphis. The dance pays homage to Atlanta rapper Rich Homie Quan who is known for doing a dance called the Flex or the Walk Thru- both songs of his. Even before today’s release of the official video, interpretations of the dance described by the song sparked a viral video frenzy when iLoveMemphis released a video with his #HitTheQuanChallenge. Dude! Even Kendrick Lamar put a “Hit the Quan” moment with Terry Crews in his “These Walls” video (go to about 3:10 into the video). And who could forget iLoveMemphis’s rousing performance of “Hit the Quan” at the 2015 BET Awards that had e’erybody out of their seats doin’ the dance! The phenomenon made more mainstream television when The Rock posted his rendition to his Instagram page.

So you ready? Just push play below. Don’t be scared! 😆 he song adds some more moves; but at its core, in order to “Hit the Quan,” you just do as the lyrics say and “get down low and swing your arms.” I’mma be right here dancing wit ya!

iLoveMemphis explained how “Hit the Quan” got started in an interview with Billboard:

“A song by Rich Homie Quan called ‘Flex’ it came out and it was this little dance that he do. And people really like the dance, but they didn’t have a song to the dance, so I made a song to the dance called ‘Hit the Quan.’ I was just having fun, being myself and came up with an idea. It was actually a female — a white girl — who gave me the idea to do it, because she put me on to Rich Homie Quan. So actually, a female is the reason. I keep forgetting.”

While iLoveMemphis (birth name Richard Colbert) has been soaking up the social media spotlight, he has also faced some legal troubles. Back in May 2015, he was one of two men charged with aggravated rape resulting from a woman who was gang raped at a party in Memphis. The case is still being handled in the court system, but iLoveMemphis denies all involvement stating, “I was at the wrong place, wrong time, and my name got caught up in something.” At the time of this blog post, I was unable to find a recent update on this matter.