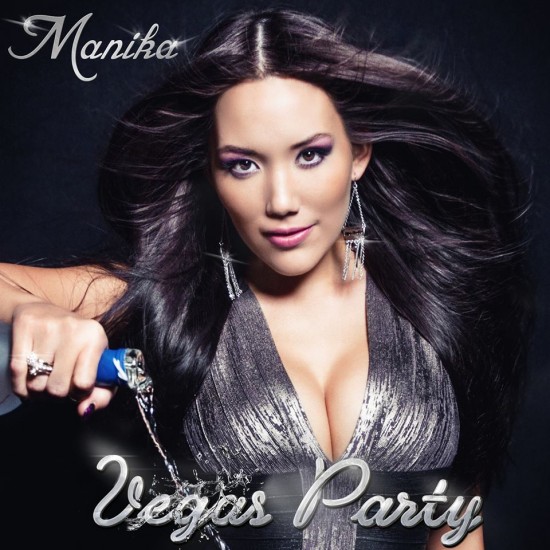 I often catch myself mouthing “There’s no party like a Vegas Party ’cause a Vegas Party don’t stop!” and moving in my living room like it’s my own exclusive Vegas nightclub. Oh, you no know?!! That’s why I’m here! 😎 Those are lyrics from Manika‘s hot new single “Vegas Party.” So far, there’s a lyric video, and two versions of this sure fire chart topping dance track that are available for download via iTunes. Buy it, and request it on all of your favorite music sources! With a Facebook fan base of nearly 3.5 million and a tour with One Direction under her belt, Manika’s career continues to soar as she matures musically. I spoke with Manika recently about “Vegas Party,” the unveiling of her new style, and her musical relationship with the global beauty competition Battle of the  Strands that has been turned into a TV series called “Global Beauty Masters” on Discovery Fit and Health Network.

LISTEN to the Jump Smokers Remix of “Vegas Party”

If  you’re a true dance music clubhead you’re gonna love this version remixed by the Jump Smokers even more than the original!

Manika’s traditional pop musical style has taken on an EDM edge that mirrors her hometown of Las Vegas. In an exclusive interview, Manika explained, “After the One Direction your and my single release last year called ‘My Way,’ I went on this intensive writing, co-producing project where I wrote and co-produced over 100 songs. Through that, I kind of felt these sounds where I combine current, high energy EDM elements like dance pop with some rap in it, too, and…pop singing…’Vegas Party’ is the first song that debuts this new sound of mine.”

Manika headlined the Battle of the Strands final battle held at Mandalay Bay Resort and Casino‘s LIGHT Nightclub in Las Vegas on October 6. A competition self described as the “World Cup of Beauty,” Battle of the Strands’ finale was also streamed live at over 400 theaters. Manika’s music is featured throughout the competition. This season, “My music is also scored to all of the episodes and the live events,” shared Manika. The final of this year’s competition was also filmed for a four-part television series entitled “Global Beauty Masters” for Discovery Fit and Health Network beginning December 2 at 5:00 PM ET/PT.

Manikans (that’s what her fans call her), old and new, should visit ManikaOfficial.com for the latest announcements and tour information regarding Manika.

…CLICK HERE to be taken to all of my blog posts, including exclusive photos and video footage, about Manika.