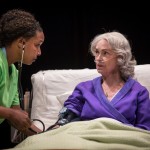 “People who have money are preserved…People who do not have money are not preserved. If one does not get preserved, things get messy” is an excerpt from Maxine’s opening lines that epitomize the dark, comedic yet scandalously delightful play “Death Tax” written by Lucas Hnath. The play, under the direction of Heidi Stillman, is currently showing Chicago’s Lookingglass Theatre … END_OF_DOCUMENT_TOKEN_TO_BE_REPLACED 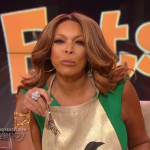 My stomach is still churning from watching Wendy Williams literally eat crow on her season 6 premiere of "The Wendy Williams Show" earlier today. Last season, the news and eventual marriage between Kim Kardashian and Kanye West (aka "KimYe") sent Wendy down the rabbit hole of Elisabeth Kübler-Ross stages of "grief." All the while, Wendy continued to circle back to stage 1, … END_OF_DOCUMENT_TOKEN_TO_BE_REPLACED

Give me a Type A alpha female at the helm of a top notch fashion industry PR firm named People's Revolution who released a book "If You Have to Cry, Go Outside," has starred on hit series' "America's Next Top Model" (CW), "The Hills" (MTV), "The City" (MTV), and "Kell on Earth" (Bravo) and I'm hooked for life on all things Kelly Cutrone. Now, she's gracing us with 10-episode … END_OF_DOCUMENT_TOKEN_TO_BE_REPLACED