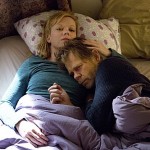 This week has an epic showdown between Lip and Fiona, Mickey goes on the hunt for his ex-boyfriend Ian, Veronica and Kev get some startling news, Debbie is forced to face heartbreak, and Carl gets bullied. It's a regular sh*tfest for the Malkovichs' and Gallaghers', and there are only four episodes left. Will Fiona go to jail? Will social services place the Gallagher kids in … END_OF_DOCUMENT_TOKEN_TO_BE_REPLACED 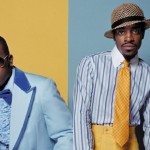 It has been 20 years since high school friends from Atlanta Andre Benjamin aka "Andre 3000" and Antwan Patton aka "Big Boi" who comprise the group Outkast redefined hip hop with their eccentric style. As a group, they've been on hiatus since 2007 and since fielded rumors ranging from a permanent split to releasing a new album. Neither is the case as the artists took time to … END_OF_DOCUMENT_TOKEN_TO_BE_REPLACED