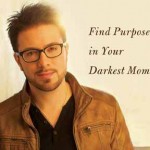 Celebrity philanthropist, musician, eyewear designer, and top 3 finalist in season 8 of "American Idol," Danny Gokey is now adding author to his suite of accomplishments. On October 1, 2013, Gokey's inspirational memoir "Hope in Front of Me: Find Purpose in Your Darkest Moments" is being released in digital and print formats via NavPress -- CLICK HERE to see where you can … END_OF_DOCUMENT_TOKEN_TO_BE_REPLACED 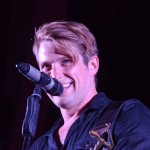 Satellite returned to the Milwaukee area for a second time this year but as a full band ensemble and for a good cause. On Saturday, August 24, 2013, Satellite was the headlining act for the second annual PaxFest that was held at Hart Park in Wauwatosa (or "Tosa" as us locals call it), a suburb of Milwaukee. The music festival is in honor of Paxton Andrews who died as an infant … END_OF_DOCUMENT_TOKEN_TO_BE_REPLACED