Time flies, doesn't it? On May, 16, 2013, "The Office" aired it's final episode after nine seasons on NBC. It's only been a month, and I still feel the void on Thursday nights. That's true sign of a classic. Writing a series finale episode has got to be one of the most difficult things to do. NBC's "The Office" writing team handled their series finale with just the right … END_OF_DOCUMENT_TOKEN_TO_BE_REPLACED

Leave it to Beaver Creed Bratton, best known as that suspicious elder fellow on NBC's "The Office," to premiere the first video from his "Tell Me About It" album on Funny or Die. The song "Move to Win" is from "Act III- A Funny Thing Happened on the Way to Obscurity" of his 3-part audio biography called "Tell Me About It" (see my blog "Interview 1/2: Creed from 'The Office' … END_OF_DOCUMENT_TOKEN_TO_BE_REPLACED 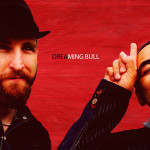 "Here comes the brand new flava in ya ear" to quote Craig Mack. By that, I mean y'all need some Dreaming Bull in your life! I get dozens of submissions of new music to blog about with most of them ranging from horrible to it's been done already...way too much. Dreaming Bull, comprised of Nic Capelle (lead vocals and guitar) and Gabe Raham (drums and bass), is onto something … END_OF_DOCUMENT_TOKEN_TO_BE_REPLACED