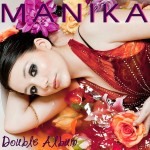 Hey Manikans! Get ready for a double dose of your favorite pop artist Manika! The last time I was in touch with Manika (pronounced "mah-NEE-kah"), she was busy touring with One Direction and Olly Murs. On June 18, 2013, Manika will be releasing her self titled double album "Manika (Double Album)" via Wamaframa Records. "It has 27 songs and will also include some music videos," … END_OF_DOCUMENT_TOKEN_TO_BE_REPLACED 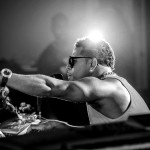 Over the June 8, 2013 weekend, Bobby V was in the A (Atlanta) shooting the highly anticipated video for "Back to Love." The single is off his upcoming "Peach Moon" EP slated for release in July 2013. Bobby V promises this single and the rest of the album will be a throwback to classic R&B having taken up vocal and piano lessons again and assembling a live band to record the … END_OF_DOCUMENT_TOKEN_TO_BE_REPLACED