Besides playing spider solitaire and finding great joy in breaking the law as the character by his own name on NBC's hit comedy series "The Office," Creed Bratton in real life has been that of also a musician. Today, April 16, 2013 is the release date for Bratton's first of a 3-part album entitled "Tell Me About It." Each installment is called an "act" and follows a chronology … END_OF_DOCUMENT_TOKEN_TO_BE_REPLACED 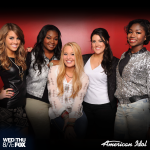