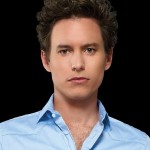 "Oh please! Taylor is totally out for revengiosity," said "The A-List: Dallas" cast member Phillip Willis in a voice-over on episode 9.  In that instance, however, he was referring to Taylor Garrett choosing to "explore" Chase Hutchinson's best friend Mohammed after learning that Chase was cutting in on his man Levi Crocker.  You'd think, a year later, things might have cooled … END_OF_DOCUMENT_TOKEN_TO_BE_REPLACED