As some of you may already know, Sahara Davenport, most widely known from “RuPaul’s Drag Race” season 2 and boyfriend of Manila Luzon, passed away on October 1, 2012.  I just received an official statement regarding Sahara Davenport‘s passing.  Right now, as you’ll read below, they’re just saying it’s heart failure.  Everyone ultimately dies from heart failure, so Sahara’s inner circle is definitely being tight lipped about any specifics at this time. I’m sure there are gossip sites working really hard to find out those very details. I am not one of them. RIP Sahara… ~Ifelicious 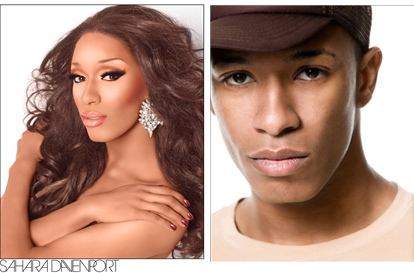 It is with the greatest sadness that we must confirm the death of Antoine Ashley, also known as Sahara Davenport, from the second season of “RuPaul’s Drag Race.” Antoine passed away due to heart failure on October 1, 2012, at Johns Hopkins Hospital in Baltimore, Maryland. He was twenty-seven years old.

Antoine’s mother, Angela Ashley Reddish, spoke on behalf of the family. “I thank God for giving me an angel, Antoine Ashley, to share with the rest of the world. My family and I would like to thank everyone for their condolences and support. We know that our Angel is now dancing in heaven. May God bless each and everyone.”

Boyfriend of six years and fellow drag entertainer Karl Westerberg (aka Manila Luzon) had this to say: “Antoine lived to entertain the world as Sahara Davenport, and the world was in awe over his extreme talent. But his heart is what made us all fall in love with him. To me he will always be my best friend, my hero, my Diva, and I have always considered myself more than lucky to have him be forever a part of my life. Thank you, hon, for bringing so much beauty to all of us. Your legacy lives on in me and all of us you’ve touched.”

Antoine learned the art of drag on the Dallas nightclub circuit while earning a B.F.A. in dance performance from Southern Methodist University. Upon graduation, he moved to New York City where he began modeling, commercial acting, and professional dancing. He soon launched his successful drag career in the NYC nightlife scene. In 2008 Antoine received a Glammy Award for Best Dance Performer (already a 2007 nominee and Miss National F.F.I.) and competed in the top twelve of the 2009 National Miss USofA pageant as Miss Gay New Jersey USofA. Known for his high energy dancing, arguably the most spectacular “Lip Sync For Your Life” performed on ballet pointe shoes, this popular contestant on “RuPaul’s Drag Race” has credits in cabaret, television, and music. Recent milestones include Sahara’s debut single, “Pump With Me” as well as “Go Off!,” a dance song that reached Number 35 on the Billboard Hot Dance Club Songs chart, and an appearance in Manila Luzon’s “Best XXXcessory” music video released on September 18.

Though best remembered for his work on Logo TV, Antoine did stints with MTV, CW, Bravo, Oxygen, Sony, A&E, and Voom HD.

“Logo is profoundly saddened by the passing of Antoine Ashley who fans around the world knew and loved as Sahara Davenport. He was an amazing artist and entertainer who’ll be deeply missed by his Logo family. Our hearts and prayers go out to his family, especially his boyfriend Karl, in their time of need.” 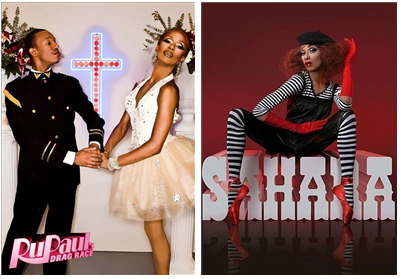 The network has planned a tribute on October 5. “We’ll be running an all-day marathon of Sahara’s season along with ‘Untucked,’ with her final episode airing at 10:00 p.m. EST on Friday. We’ll be airing Sahara fan tweets all day long in conjunction with the marathon.” -Jason Shumaker, Director, Communications and Public Affairs, Logo/VH1

Logo will also dedicate the first episode of “RuPaul’s All Stars Drag Race” to Sahara’s memory on October 22. Please tune in.

RuPaul tweeted, “Shocked & heartbroken over @SaharaDavenport. Never occurred to me that we’d ever lose one of my girls. I see them as immortal.”

A private funeral service is being scheduled for October 12 or 13 at Snowden Funeral Home, 246 North Washington Street, Rockville, MD 20850.

A public memorial celebration, including tribute performances by Sahara’s industry friends and entertainers is planned for Friday, November 2, at XL Nightclub in NYC. More information will be provided soon on Sahara Davenport’s Facebook Fan Page.

In memory, Sahara asks that you, “Live, love, and believe.”

Donations to the Ashley family can be sent via PayPal to:

Flowers, condolences, and checks can be mailed to Antoine’s mother: