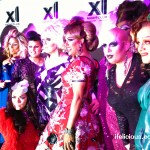 Oh yes she did! You read that right. I have exclusive video footage of Manila Luzon catching on fire, and it wasn't about special effects! More on that after the jump... ~Ifelicious This season's drag queens need to have Charisma, Uniqueness, Nerve, Talent, and the newest Ru-quirement...Synergy!  Not to mention "RuPaul's All Stars Drag Race" threw us a curvy you know … END_OF_DOCUMENT_TOKEN_TO_BE_REPLACED 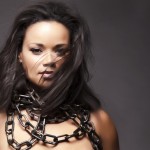 In 2003, the fans fell in love with Kimberley Locke on season 2 of "American Idol"- a southern gal from Hartsville, Tennessee with curly locks, dimples that amplify her beautiful smile, a vibrant personality yet still humble, and a voice that gave us goosebumps.  She made it the furthest of any of the other female singers and finished just behind Ruben Studdard and Clay Aiken … END_OF_DOCUMENT_TOKEN_TO_BE_REPLACED 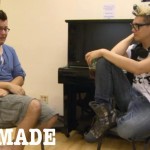 I love MTV's "Made," I love drag queen Manila Luzon, and I also can't wait for Logo's "RuPaul's All Star Drag Race!" Below is a press release about Manila's debut as a coach/drag mother on the next episode of "Made." Setting my DVR now! ~Ifelicious New York, NY - Vivacious drag superstar Manila Luzon will debut on MTV’s "Made" on Friday, October 12, at 5:00 p.m. EST. … END_OF_DOCUMENT_TOKEN_TO_BE_REPLACED

As some of you may already know, Sahara Davenport, most widely known from "RuPaul's Drag Race" season 2 and boyfriend of Manila Luzon, passed away on October 1, 2012.  I just received an official statement regarding Sahara Davenport's passing.  Right now, as you'll read below, they're just saying it's heart failure.  Everyone ultimately dies from heart failure, so Sahara's … END_OF_DOCUMENT_TOKEN_TO_BE_REPLACED