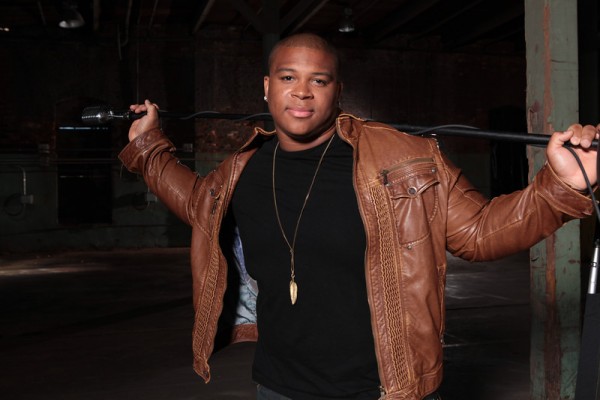 I recently spoke with final four contestant on the hit FOX reality competition series “American Idol,” Michael Lynche (aka “Big Mike”) who is about to release his self titled debut album on August 14, 2012 via Big3 Records.  To refresh your memory, Michael was the 2nd contestant that judges Simon Cowell, Randy Jackson, Kara DioGuardi, and Ellen DeGeneres saved since the rule was introduced in season 8.  He wooed us with his falsetto on Maxwell’s “This Woman’s Work.”  It was also the season that brought us General Larry Platt’s audition to his original tune “Pants on the Ground” and viewer votes led Big Mike (Michael Lynche) into the final four with Crystal Bowersox, Casey James, and season winner Lee DeWyze.

After “Idol” fame, Michael relocated from St. Petersburg, Florida with his high school sweetheart turned wife (how cute, right?) to New York to focus on his music career.  If you recall, Michael’s wife gave birth to their firstborn, a daughter, during his season of “Idol” and has since given birth to a son earlier this year.  My goodness!  It almost sounds like all he needs is a white picket fence, a dog, and a hit album to achieve his American dream.  As we all know, all that glitters ain’t gold, but Michael has persevered, and I’m excited to share this interview with you.  “Idol” fans and fans of R&B, you’re in for a treat with the “Michael Lynche” album so cop it right now on Amazon (also available for pre-order before release date August 14th). 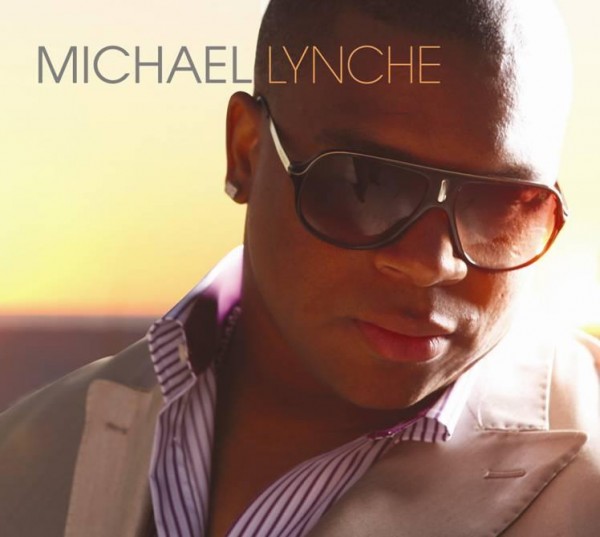 Ifelicious: What have you been up to since we saw you on ‘American Idol’ season 9?

Michael: I’ve been working on this record for the past 18+ months…trying to get the songs perfected so my fans will enjoy…It’s been really all about the music.

Ifelicious: I’ve listened to the album several times and it’s very classic R&B sounding. Is that your niche? Is that what you enjoy, or was that guided [by your record label]?

Michael: I love so many different types of music, but R&B is really where I fell in love with the idea of making music. Back in junior high school listening to R. Kelly, Silk, 112, Brian McKnight, all of these amazing groups, D’Angelo…I wrote over 30 songs for the record. From that we picked the 13 best songs for the record. Narrowing it down to a cohesive unit was an arduous task.

Ifelicious: I love your album. Right now, ‘Intoxicated’ is probably one of my favorite songs.

Michael: I fought really hard to keep that song…It was one of the first songs that I wrote for the record.

Ifelicious:  What was it like for you working in the studio on the album?

Michael: I’m a creature of habit. It was my workout, get to the studio, and we’d just lock ourselves away all day. I didn’t listen to the radio at all for like a year and a half, [except for] sports radio, because I didn’t want anything getting in my brain…I wrote down every thought I had in my phone. I have this list of song ideas in my phone. It’s got to be like over 1,000 lines long. Any line I would hear, regardless of if it was somebody talking on the subway in New York or a thought just came into my head…I would pull for those when we would start a song.

Ifelicious: Do you have plans for a tour?

Michael: Absolutely! My favorite part is performing live for the fans and meeting fans…Right now, we’re just moving forward with the radio tour, going to different cities, and meeting fans across the country…but I can’t wait to get out and perform.

Ifelicious: Who’s an artist that you would really like to perform with that you haven’t been able to yet?

Michael: My all time favorite singer is Lauryn Hill. That would be a huge thrill for me. I love her sound, her lyrics, the tone of her voice. She’s outstanding to me. I’d also like to get on the road with some of my past ‘Idol’ mates- Fantasia or Jennifer Hudson or Ruben Studdard…I love what they do. It would also be great to get on the road with Maxwell or D’Angelo.

Ifelicious: I know there’s an ‘Idol’ family once you’ve been on the show. Do you keep in touch with anyone from your season?

Michael: Casey James. We were roommates on the show, and we were the two oldest guys from our season. We had different things going on in our lives, so we bonded over that…I stayed in touch with Katie Stevens, Aaron Kelly, and a little bit with Lee DeWyze. He was so crazy busy…with winning the show and putting his record out…I see Andrew [Garcia] every time I go to LA. I’ve seen Tim Urban when he’s come to New York.

Ifelicious: With all of the changes going on with the judges on ‘Idol,’ who would you like to see become a judge?

Michael: Pick me, Big Mike!…I’m not just promoting myself, but I also think a past ‘Idol’would be great because you’ve been through it…but like a classic, like somebody from the first seasons, back when they didn’t necessarily know what they were doing…Plus, I think there are certain ‘Idol’’s that have done an exceptional job handling the overnight success.

Ifelicious: It is like an overnight success. Once the season starts, you start getting fans. It must be crazy!

Michael: Once the first episode aired in January [2010], you go from nobody knowing you to everybody at the gas station, the grocery store…people honking at you down the street and saying ‘Good luck!’…It’s a pretty surreal feeling.

Ifelicious: You’ve just had your second child. You’re married. That’s got to be pretty hard. Part of your life involves being on the road a lot. How do you manage everything?

Michael: We’ve been together for 13 years now, since I was a sophomore in high school. We always knew my career was going to take on some form of travel. Before, we thought it was going to be with football because…when I was playing football, I was gone almost every weekend for at least half of the season…At this point, we know how to do it. We have a certain routine, and with having Face Time and Skype that’s pretty amazing for us now …I think a man has to sacrifice a certain amount for his family…and my sacrifice is time. I don’t get as much time, but also my wife doesn’t have to work and she can raise our kids at home, and when I am off, we have a lot more time than if I just worked a nine-to-five. We love our lives. We worked hard to get our relationship strong and to get to this point…In a year or two, we will have been together longer than we’ve been apart…God has been really good to me. When I met her in high school, it was such a trying time for me. I didn’t live at home from the time that I was 18 years old so having her was that bit of stability that I really needed. I would not have made it through [without her]. That was an angel that God sent to me.

*Tear* How sweet is Michael’s love story?  What a blessing, and what a man!  Sorry ladies, he’s already taken.  😉 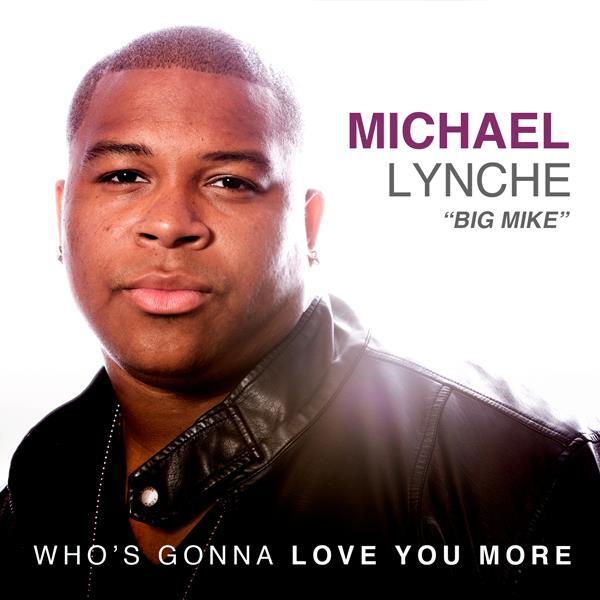 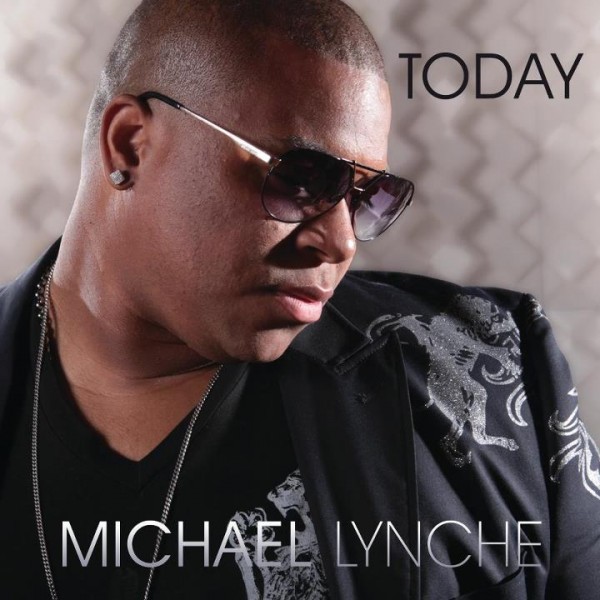 Michael Lynche has already released two songs from his album, “Who’s Gonna Love You More” and “Today” that are available on iTunes and Amazon.  It only took me listening to “Who’s Gonna Love You More” to know that I wanted to do an interview, and now having pre-screened the album (you can hear snippets of it on his Facebook page), I can assure you that it is a quality piece of music reminiscent of Michael’s favorite artists mentioned in the interview as well as his disciplined approach to releasing his first album.

Read all of my blog posts related to “American Idol” — CLICK HERE.

VIDEO: You Know I Got Soul’s interview with Michael Lynche
(click here to watch directly on YouTube)

It was pretty cool to learn, from this interview, that he collaborated with Ruben Studdard on a couple of tracks.  It’s nice to see “Idol” alum working together to support each other.