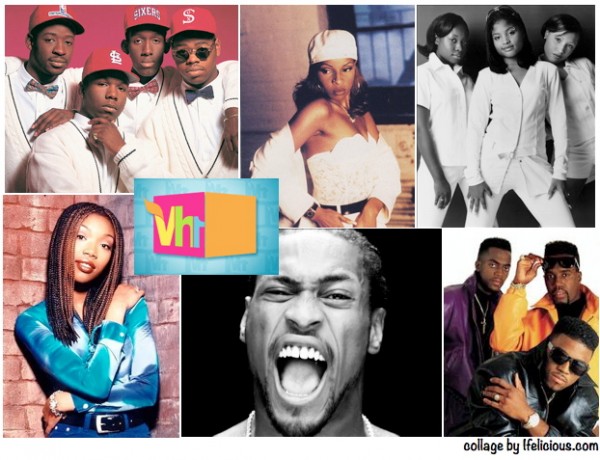 VH1, the network king of countdown shows…and controversial reality TV (have you heard about the petition to boycott “Love and Hip Hop: Atlanta”?)…is back with hot new countdown salute to 90s R&B music that airs tomorrow, June 28, 2012 at 9:00 PM ET/PT.

It’s time to pull out your cassette and CD collection of 1990’s chart-toppers including Boyz II Men, Mary J. Blige and Aaliyah. VH1 will countdown the R&B songs that changed pop culture forever. Celebrities, music journalists and the artists themselves will provide commentary as VH1 guides viewers through the golden decade of R&B. Talent scheduled to appear on the special include: Usher, Boyz II Men, SWV, Keith Sweat and many more.

Get ready for a trip down memory lane as VH1 breaks down what “rhythm and blues” is really all about. Viewers will finally understand what “No Diggity” really means, if it is really wrong to “Bump ‘N Grind” and if chasing “Waterfalls” was really that bad of an idea.

I’ll come back and fill in the rest of the list once the show airs, and they’ve all been revealed.  In the meantime, who else would you like to see make the list?

From what I see above, Aaron Hall’s “I Miss You” is a song I haven’t heard in forever and stirs up some emotion for me.  Aaron Hall, as a solo artist and with the all male group Guy, made some great R&B music back in the day.  I, personally, expect songs from artists like Mary J. Blige, Brandy, Monica, Aaliyah, Usher, R. Kelly, Tevin Campbell, Maxwell, Sounds of Blackness (a long shot…i know), Dru Hill, Shai, D’Angelo and X-Scape (shoo! I need to make my own list, LOL!) make the cut.

Now that I’ve seen the show…

I 100% completely disagree with “Poison” as the #1 song!  When I think of artists whose music defined the entire 90s decade, I think of Mary J. Blige, Mariah Carey, Usher, TLC.  I get that new jack swing style of music was unique to 90s, but still…

As I mentioned earlier, where was Shai, X-Scape, Dru Hill, and by golly D’Angelo?!!  There were definitely some misses that could’ve bumped others on the top 40.  Like I could’ve passed on Bone Thugz, Lisa Stansfield, and Montell Jordan.

Congrats to Boyz II Men, Mary J. Blige, En Vogue, and R. Kelly who all made the list twice.