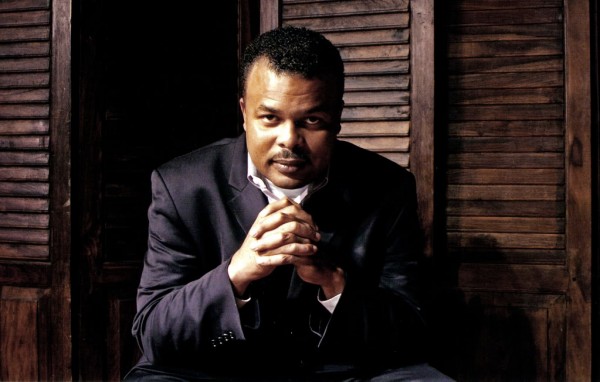 There are more black men in jail than in college.  Black women make more money than black men.  Most black men don’t pay child support.  Statements like these are commonly thrown around by common folks and experts alike as if they were unequivocally true.  Janks Morton has taken it as his personal mission to debunk these “truths” about black men in his documentary “What Black Men Think.”  Read more about Janks Morton and his work below.

Janks Morton is a black filmmaker from Maryland whose mission is “reconciliation and restoration of the black family.”  His first documentary “What Black Men Think,” originally released in 2007, will be airing tonight, May 29, 2012 at 8:00 PM ET/PT on the Documentary Channel (a station carried by DIRECTV and DISH Network) and via the Documentary Channel’s new Doc Cinema page on Facebook.

‘What Black Men Think’ explores how negative imagery in the media, the failed policy of the Great Society, and a modern black leadership that has abandoned many of its historically unifying tenets have all led to a new form of mental slavery in the black community. The film features commentary and insights from key black leaders, media personalities, activists and educators such as Dr. Steve Perry, actor Joseph C. Phillips, former Republican National Committee Chair Michael Steele, author Darryl James and more. (source: Documentary Channel Press Release) 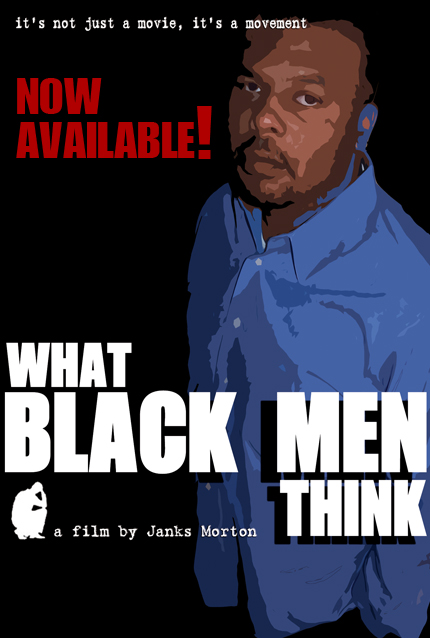 Ifelicious:  You got quite a few major names to go on camera for you.  How did you go about acquiring them?

Janks:  That was my first film.  I didn’t have, well, I still don’t have a production team or research assistant.  It’s just me.  I would just call these folks on the phone and said, ‘I’ve got this concept.  This is what it looks like, and this is what I’m trying to to do’…I got Dr. Alvin Poussaint‘s last documentary appearance on film…He had just announced that he wasn’t doing anymore films…I remember when I called Juan Williams…I called his desk at NPR…and in about 30 seconds, he said ‘I’m in!’   I’ve never really talked about that…I’m getting goose bumps now just saying it.

Ifelicious:  Did you get any feedback from them once it was released?

Janks:  The greatest compliment I got was from a man I saw twice in my life.  I love his work, and I love his processes.  Dr. Shelby Steele was in the movie.  He sent me an email after he saw the movie, and he said ‘Your film gives me hope for the future of the black community.’  I’ve got to find that email…It’s like when your father says ‘I’m proud of you’…He’s not saying ‘hope’ for a political [purpose].  My film is kind of a representative truth of what’s going on to give us hope for the future…now.  [For example], if I told you that 50% of black women have herpes, you would say that it doesn’t sound right.  It doesn’t feel right, but…if you tell a lie long enough, it becomes the truth.  Well, that’s what’s gone on with black identity for 400 years, and here comes along this film that basically says ‘Here’s what you think, but here’s what it actually is.’

Ifelicious:  You did an excellent job breaking it down.  I was taking all those quizzes in my mind and kept answering them wrong.  The white board explanations really helped to drive home your message, too.

Janks:  I could just come out in a film and say ‘You’re wrong!’ but I didn’t want to do that…I did a lot of stuff on the white board…writing numbers down…If you want to research me, you can find that every piece of data in that film was verifiable…In ‘Hoodwinked’ I’ve taken the actual screen shot of the data sets and putting it right up on the screen…’Here it is right from the Department of Education, right from the Census Bureau, right from the Bureau of Justice statistics.  Here’s the data set.  Here’s what it said.’

Ifelicious:  Tell me about yourself and you got into filmmaking.

Janks:  The funny thing is that I come from the music business.  I used to run a record label about 20 years ago, but at the same time, I worked in healthcare.  So I just got this funny background of being able to discern and decipher studies and information, data, and all that stuff…I learned to cut music videos about 10 or 15 years ago.  So, to me, films are basically extended music videos.  Take all of the editing skills you need to make a music video, and you can make a movie.

Ifelicious:  Now I know it’s a coincidence, but it’s great timing that the announcement of ‘What Black Men Think’ airing on the Documentary Channel came out at the same time as Steve Harvey’s ‘Think Like A Man’ debuted in theaters.

Janks:  I’ve been very critical through media of that whole narrative around ‘Think Like A Man’ when the book [Act Like a Lady, Think Like A Man] came out.  The construct or foundation from which that whole conversation came about was launched by ‘Nightline‘ on ABC [which aired a story about] the unavailability of black men.  The statistic was 42% of black women are single.  Maybe I’m the only one that looked it up, but from that same data set, 45.3% of black men have never been married as well.  So the conversation shouldn’t be around the unavailability of black men.  That got into some really nasty and vitriolic places because they begin to talk about homosexuality, the down low brother.  They talk about the incarcerated brother.  They talk about the brother who marries outside the race.  The brother that doesn’t graduate high school, and it’s just that same old song and dance.  What the larger conversation should have been is why aren’t blacks and Americans, in general, getting married like they used to be?  Unfortunately, that conversation won’t land you a seat in Steve [Harvey’s] studio or on Oprah’s couch.  It’s too easy to just vilify the black man.

Yes, y’all!  Janks and I went to church that afternoon.  I’ll be sharing more from the interview soon.  In the meantime, you can learn more about Janks Morton, his projects, and his production company iYago Entertainment Group by visiting WhatBlackMenThink.com, “Liking” Janks Morton on Facebook, following Janks on Twitter (@JanksMorton), and subscribing to his YouTube Channel (JynxOnline).

I’m seriously about to get all of these for my own collection.

Listen to internet radio with No Antics on Blog Talk Radio