You are here: Home / ifelicious music / Mimi Imfurst and her XELLE band mates speak out about ‘Invincible’ and bullying 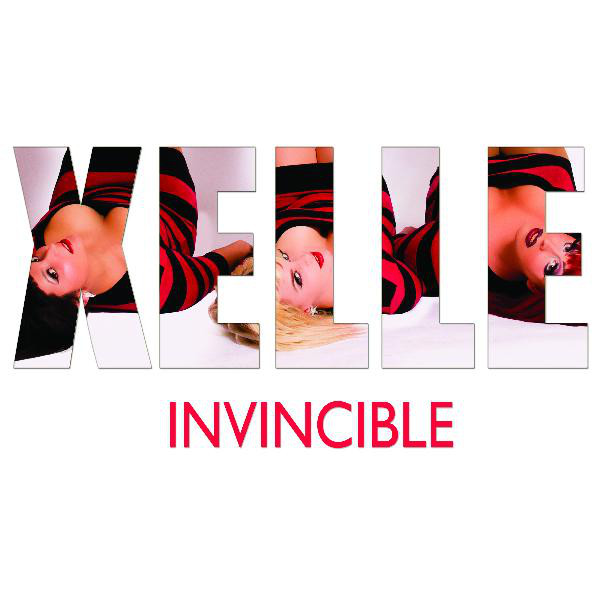 Back in mid-February 2012, the all girl band XELLE released the single and video for “Invincible,” an inspirational and upbeat dance song that also addresses the serious topic of LGBT bullying.  The single can be downloaded from iTunes and Amazon.  Your purchase helps provide financial support to the Gay, Lesbian, and Straight Education Network (GLSEN).  During an interview with the XELLE band members Mimi Imfurst (“RuPaul’s Drag Race” Season 3), Ronny G, and JC Cassis, we talked about “Invincible,” the use of viewer submitted video to create the music video, and their own experiences/perspectives on bullying.  That portion of the interview is presented below.  More of the interview will be posted in the upcoming weeks.

Ifelicious:  I like the concept behind doing the video for the single ‘Invincible.’  Was that something that you all came up with together, or did somebody else present that to you?

JC:   Since we were releasing the song through GLSEN, the Gay Lesbian and Straight Education Network, we wanted to draw from the whole ‘It Gets Better’ movement and put a positive message of hope out there for people who are struggling with bullying or self hatred or self esteem issues.  So we just started thinking about what would be a great way to meld all of the messages that have been coming out of the LGBT community of ‘we feel victimized,’ ‘we feel hopeful for change,’ ‘we’re triumphing over adversity,’ and how do we put that all together with a song that is so upbeat and so fun?  Our awesome producer, Zach Adam, always has amazing ideas for our music videos, and with his fabulous concept and direction of the ‘Invincible’ video, we were really happy to share the finished product with our fans.  We ended up blending video footage that our fans sent us with us joyfully performing the song in New York and footage of people doing fun things throughout history to make a change in our society.

Ifelicious:  Have any of you experienced bullying in your lifetime?

Mimi:  Oh ya!  Especially growing up as a gay young person, I experienced a lot of bullying from not only my peers but also staff at the school that I went to.  It was pretty intense.  I think it’s something that a lot of LGBT youth experience.

Ifelicious:  How did you handle it at the time?

Mimi:  I actually find that the easiest way to deal with it is to be strong and know who you are, and that’s exactly the very message we try to promote in XELLE.  The message in ‘Invincible’ is that you are perfect how you are, and it’s not about you have to compare yourself to somebody else…That’s what makes the world so special, that we’re all incredibly different.  So I find the stronger you are, the harder it is for people to knock you down.  I went to three different high schools and I was at different levels of being out of the closet at each school, and it was easier when I was more out of the closet.  By the end of high school, I started showing up in drag, and nobody messed with me.  You know, you don’t mess with a drag queen!

Ifelicious:  How would you say that has shaped the person you are today?

Mimi:  Certainly as a drag queen, people still say things…It’s not that it becomes unhurtful, because it’s always going to be hurtful, it’s just how you respond to it, and you get to the point where you’re just like ‘whatever.’

Ronny:  I think that everybody experiences bullying in some form or another.  Kids, until they learn to filter their thoughts, they can just say mean things.  It’s just about having that support system, and luckily I did growing up with a wonderful family, and you just have to like Mimi said, constantly remind yourself to be strong.

Mimi:  I think we all have to share responsibility on the issue.  Especially adults, they have to lead by example.  I think a lot of adults don’t let their kids know that that’s not OK.

JC:  I actually have a story of sort of being bullied as an ally…I used to participate in the National Day of Silence when I was in school because I very much agree with that mission of staying silent to demonstrate to people that some people feel silenced everyday…I remember in college, which is crazy because we’re talking about 20, 21 year olds…I was sitting at the table with the kids who were participating in the National Day of Silence and a friend of mine came over and was like, ‘What are you doing?’ and of course, I didn’t answer.  I wrote something down on a piece of paper explaining that it’s the National Day of Silence, and I’m standing in solidarity with my LGBT friends that feel victimized, and he was like, ‘That’s so dumb!  Why aren’t you talking?  Don’t you want to talk and stand up for yourself?’ and just giving me all this crap…You should be supportive of people trying to do something nice for someone else.  Like, why are you making the fact that I’m standing up for this an issue?…I think that when you put in people’s faces that they’re doing something that’s inconsiderate, it’s very difficult for them to just accept that responsibility and apologize and move on.  People tend to want to defend themselves and make themselves right even when they might be wrong.

Stay tuned for more of my interview with XELLE.  In the meantime, stay up to date on upcoming performances, new single releases, and the soon to be released full length album entitled “Queens” by visiting their website, following them on Twitter (@XELLEMusic), “Liking” their Facebook fan page, and subscribing to their YouTube Channel (XELLEMusic).