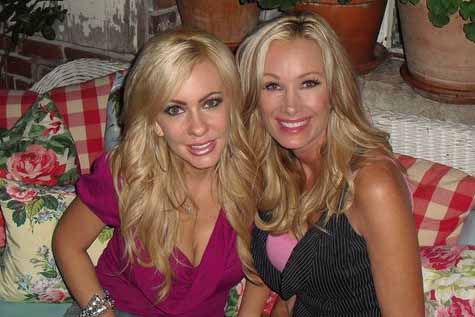 Ifelicious:  What’s your relationship with Bonnie now?  Are you guys friends?

Leslie:  No, we’re not.  This is the problem…I’m not supposed to say or I’ll get in big trouble…but let’s just say that I adore Bonnie, and I will always adore her.  There are some things that happen in episode 3.  Let’s just say this is one of those shows…if you’re Bonnie-Leslie fans then you must must watch it through the top [of] episode 5. 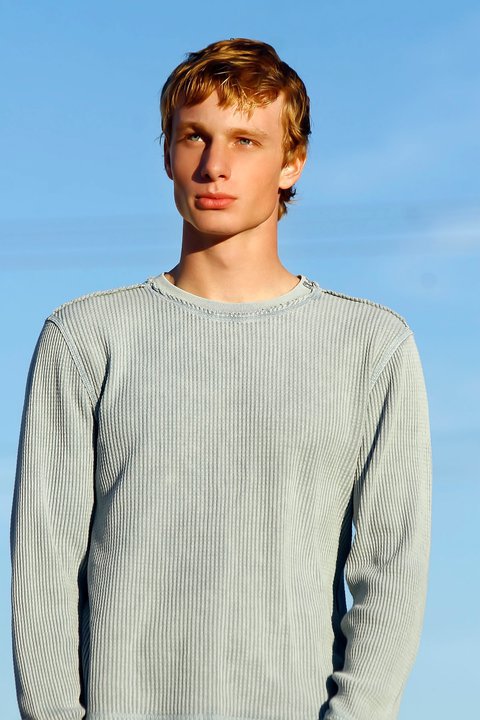 (Side Note- Have you seen Tyler this season?  I totally like his hair and his look so much better)

Ifelicious:  Did you tell Tyler, and maybe it wasn’t literally, ‘Go date Whitney and improve your social status,’ but was there some kind of conversation to that affect?

Leslie:  Nope, never said that ever…During season 1, and this is all off-camera, Bonnie and I were talking about how it would be cute, if when Tyler comes to town, if he and Whitney got together…I did [also] tell Whitney that Tyler was coming to town, he’s pretty cute, and she might like him.  I’m saying this all in front of her mother…and so that’s what sort of threw me because it was like, ‘Oh my gosh!  How are you so quick to believe that [rumor]?’  Things happened between Tyler and Whitney.  I only know Tyler’s side of the story…I kind of, sort of joke that if I had that kind of personality [that everyone says I have]…I certainly wouldn’t have picked Whitney…but I adore Whitney.  She is like adorable and funny and, much like her mother, very very smart…Bonnie and I were even joking about how we would be like mother-in-laws, and then for it to turn around because their breakup wasn’t good. 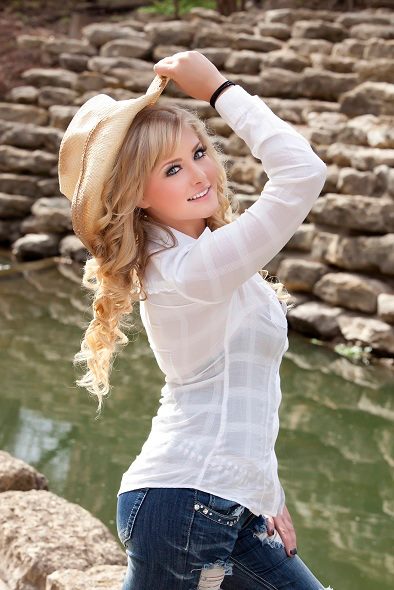 Ifelicious:  So far, with episodes 1 and 2 having aired, you tell the ladies that you plan to enter Kalyn in the Miss USA pageant.  Where are things with that now?

Leslie:  She holds a title right now.  The last time, I trained her for a pageant, we were in Las Vegas, one year ago this month (March)…and it was actually kind of funny…the MC couldn’t make it…because there was snow on the east coast…and I ended up MCing the show without a script.

Ifelicious:  I know you’re Kalyn’s Godmother, but you’re really her guardian right now.  In season 1, it looked like things soured between you and her mother.  Has anything changed since then?

Leslie:  No.  I’m trying because I look at it like this [for Kalyn]:  this is your mom, these are her limitations, and you have to love her for what she simply is.  We all don’t have that storybook parent…I tell Kalyn that she’s an adult now.  Maybe she could start, well not start over [with her mom], but be on different footing…but she still has a lot of hurt…I’m rooting for them.  I look at Carrie (Kalyn’s mom), and I know that every time I see her, she’ll have a new disease…If there’s a new disease she reads about, she’ll have it.  I don’t know what you call that, but she’s trying to get some sort of sympathy; but to me, she’s a character and funny…I always liked her, and I’ve always known all these years that she’s making up stuff.

Ifelicious:  Is Kalyn working and/or in school now?

Ifelicious:  Oh, so she is in school?

Leslie:  Yes, but this is the thing about Kalyn…her mom didn’t send her to school.  I don’t know if that made it to the show from last season.  She didn’t even know that school was five days a week.  You see, her mom would wake up and say, ‘Oh, there’s no school today.’  So she didn’t learn how to read or write until…like fourth grade, but that’s why I admire Kalyn because she doesn’t think she is smart, but she is so smart.  I mean, she reads beautifully, and she just picks up on anything…No one ever told her that ‘You are really smart,’ and so she’s doing well in school.  She’s always did well in school…I’m really proud of her, and she is a hard worker.

Ifelicious:  What is she studying?  Has she chosen a major?

Ifelicious:  What else would you like to say about Kalyn?

Leslie:  She’s unique because she’d probably survive anywhere…She’s kind of scrappy because of her upbringing, but even her language has changed.  She’s just appreciating things, looking at things differently.  She amazes me, and I’ve never had a daughter.  I mean, she’s not my daughter, but living with another female in the house that was a whole new experience.  I made a lot of mistakes and I have no doubt that I will make more mistakes.  I’m not perfect.

Ifelicious:  I applaud you for doing this for Kalyn.  I don’t think there are a lot of people out there who would take in a teenager and commit to giving her a better life.

Ifelicious:  In episode 2, it looks like you’re trying to strike up a relationship with one of the newest cast members DeAynni Hartley.  Is that going well?

Leslie:  I don’t see her all that much…I met her at the [country] club.  She did invite me to her house, and I kind of, you know, spilled my guts to her because I had no friends left.  With Bonnie, I mean honestly, I cried…It’s weird to talk to somebody all the time and then have them believe something that was so outrageous and erroneous.  How could you not know me?  it hurt more because she must’ve thought I wasn’t forthcoming.

We’re so early into season 2 of “Big Rich Texas” that I ‘m sure more will be revealed.  For now, you’re in the know when it comes to Leslie Birkland.  Thanks, Leslie, for your time, and good luck with all of your new business ventures.  🙂

EXCLUSIVE!!!  I’m super duper excited to tell you that I’ve been contacted to interview Leslie’s Goddaughter Kalyn Niccole tomorrow (Wed, Mar 6, 2012).  If you have questions that you’d like to ask her, just leave a comment on this post.  If I use your question in the writeup, you’ll get credited. ~Ifelicious

Read all of my blog posts about “Big Rich Texas” including cast interviews, by CLICKING HERE.