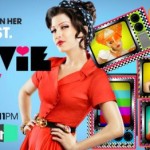 Let's face it, pop culture has gone off the deep end and we just can't turn away.  Snooki's pregnant, Kim Kardashian married Kris Humphries long enough for a pretty wedding and a season of "Kourtney & Kim Take New York," Justin Bieber is fighting baby mama accusations, Jenelle Evans from "Teen Mom 2" can't give up weed long enough to make it through her probation, Reed … END_OF_DOCUMENT_TOKEN_TO_BE_REPLACED 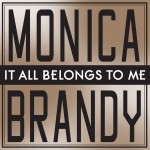 Brandy and Monica collaborated 14 years (in 1998) ago on the Grammy Award winning, Billboard chart topping single, "The Boy is Mine."  With the success of "The Boy is Mine," fans have been long since wondering if the two would reunite for another single.  The moment has finally come!  On February 6, 2012, Brandy and Monica released "It All Belongs to Me" (available on iTunes … END_OF_DOCUMENT_TOKEN_TO_BE_REPLACED