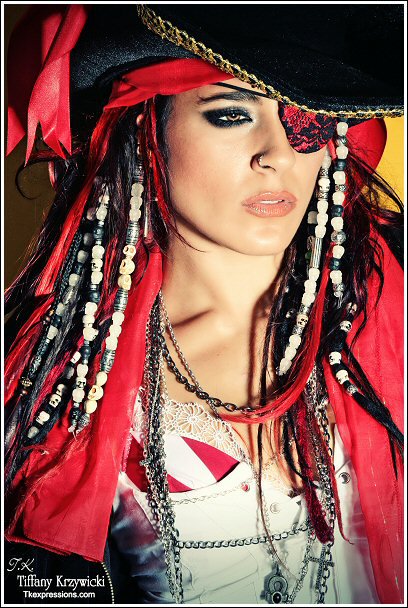 My favorite MTV show, The Challenge is back in full swing for a little over a month now and features on again-off again couple, Cara Maria Sorbello (Twitter, Facebook, Etsy) and Abram Boise (Twitter, Facebook, Blog, Rent his Montana House).  This season’s challenge is called “Battle of the Exes.”  Team CarBram – just made that up. you likey? 😎 – lost in the Dome during episode 6 (<– i love that the hyperlink boasts the graphic i made for this season).  Dernit!  I was hoping to buy a little more time because I had interviewed them between the airing of episodes 1 and 2.  What prompted me to reach out earlier as opposed to later was Cara Maria’s Facebook statuses and tweets at the time.  She had me wondering what went down between her and Abram that led them to break up yet again.  See below: 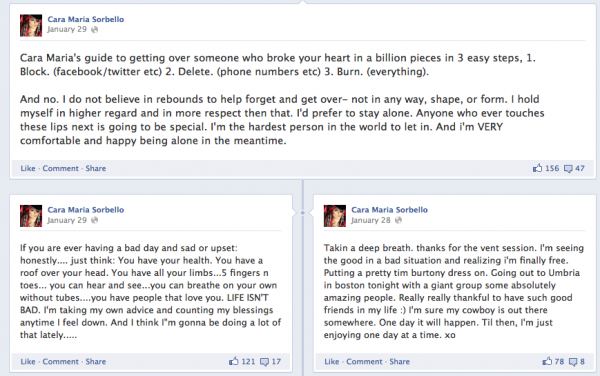 So I got on the phone with Cara Maria and Abram, individually to let them have their say.  Even though I spoke to Abram first, I’m starting with posting Cara Maria’s interview since she’s a virgin to Ifelicious Thoughts readers.  Not to worry, though, Abram’s two cents will be going online soon as well.

Besides CarBram-geddon (another one! i’m on a roll! LOL…or lacking sleep), we talked about the Challenge which is where I’ll begin…

INTERVIEW with Cara Maria: Part 1 of 2

Battle of the Exes

Ifelicious:  Do you guys know ahead of time who’s going to be there?

Cara Maria:  Yes…usually Bunim-Murray, they call like 40 people and then pick out of the 40, but this time around they called everybody because they know, that as soon as they call a few people, that we all call each other, and we’re like ‘Oh, we already figured out the theme.’

Ifelicious:  What cast member or members were you happy to see at the start of the Challenge?

Ifelicious:  You guys are pretty close.

Cara Maria:  I’ll admit…I had my hesitations about her.  I was like ‘There’s no way she could be this nice.  I don’t believe it.’  I think I friend requested her [on Facebook] or something, and I remember on Thanksgiving I was in LA without my family, all alone, and I just put up a status update like ‘Buying a turkey sandwich from 7-Eleven and have myself Thanksgiving’… I hadn’t met her before.  I hadn’t talked to her before, and she goes ‘Why don’t you come out with me and my friends?  We have an awesome Thanksgiving.  You’re more than welcome…You shouldn’t be alone on Thanksgiving’…Nobody’s gone out of their way to be that nice.  All of my friends were out of town…I spent time with her and got to know her.  I will say to anybody that could possibly be a Diem hater or Diem skeptic, she’s the most beautiful person inside and out that you’ll ever meet…like after everything that she’s been through, I cannot say enough good things about her.  She just absolutely beautiful.

Ifelicious:  That’s so sweet!  Now, who were you least happy to see on the Challenge?

Ifelicious:  You guys had it out on ‘Rivals.’

Cara Maria:  I didn’t really know how she was going to be.  I just thought it was going to be uncomfortable.  [Actually], there’s a few people.  Camila, because  have my ups and downs with her.  I think she’s a little fucking firecracker, and I admire her for that, but I felt a little hesitant about that; and Emily, because you don’t ever want to go against Emily…She comes in looking like a female CT; and Rachel.  No one wants to go against Rachel either.

Ifelicious:  There are some some tough girls on the Challenge this season…You have a rockin’ body yourself.  Do you work out a lot knowing that you’re doing the Challenges or just in general for life and health?

Cara Maria:  I will say that I’ve never been on a Challenge where people have worked out more than this one which is annoying because I would rather lay in bed, eat chocolate, drink, and party.  Like, I don’t want to have to work out more, and I felt pressured to because everyone else was.  It was like an intimidation thing…You just ran up the stairs 30 times?  That means I have to run up the stairs 31 times.  People kept going around to people and asking things like, ‘How many laps did you do?’  It was like annoying as hell.  As far as in regular life, my consistent thing is wake up, go to the barn for 2 hours, and then I actually do go to the gym.  I do the classes, like group exercise classes.  I really don’t hit the weights…and shit.

Ifelicious:  I see.  Well, I know for someone like Rachel, fitness is her life.

Cara Maria:  Ya, and it just sucks having people like that on the Challenge.  Like ‘Goddammit, you’re not even real!  You’re not human!  Humans don’t look like that perfect!  Eat a Goddamn candy bar!’

Ifelicious:  I know, right?!!  Now, how are you and Abram as competitors?

Cara Maria:  I am very optimistic about us as a team.   I based it on when we were partnered together on ‘Cutthroat’ and we did really really well.  I know Abram…is an amazing competitor.

Ifelicious:  Did you make friends with any of the rookies?

Cara Maria:  Heather is just a sweetie.  Jaz is hilarious, but all of the littler ones like Naomi, she’s all Bronx attitude…They’re all like the same size.  They were all kind of separated off and did their own thing so I didn’t really hang out with them much.  There were separate groups in the house.  I was mostly hanging with Diem and Aneesa and Rachel.

Ifelicious:  What’s it like living in the house?  I can’t imagine, with all of those people living under the same roof, that by the end of the month, or however long you’re taping, that the place would be in good condition.

Cara Maria:  We try to keep it clean ourselves.  You usually can’t when it’s a shit-ton of people, but when it dwindles, it stays cleaner…Plus, we have…the maids that come in whenever we do a challenge which is about twice a week, and they do a really really good clean over.  Like they do all of the dishes and the bathrooms and stuff.

Ifelicious:  Speaking of which, I wanted to ask you about the filming of the Challenge.  You tape twice a week, right?  Do you ever get the chance to explore the area that you’re in for the Challenge?  Like this one is Puerto Plata, Dominican Republic (and Iceland for the final, i know, for the fanatics who feel compelled to correct me).

Cara Maria:  Usually, the way the schedule goes is two challenges a week, two eliminations a week, two interviews a week, and one day off.  Saturdays would like be our day off, and they’ll take us to a bar, or they’ll take us to the beach.  Generally, at least once a week they’ll go take us out.  Sometimes twice a week, if we’re really good, and show us around.  The only way you can really see where you are is if you make it to a final, and then you get a few extra days after the final to go explore and go off and do your own thing when filming’s over.

Ifelicious:   So you do at least get a day to recover from the challenges before an elimination round?

Cara Maria:  Ya, I know it looks like that same night, but it’s really the next day.

Ifelicious:  What types of challenges do you personally feel you’re good at doing?

Cara Maria:  Any type of a challenge that involves speed because I’m a really quick sprinter…Anything involving upper body strength…The only thing that I’m not the best at, and unfortunately it’s in all of the challenges, is like balance.  Really, if you’re a ballerina or if you’re a gymnast and you have balance, you can pretty much do every challenge.  I think I just get nervous…that I’m going to fall.  If you have confidence, you can balance, but I second guess myself.  I tend to do that a lot.

Ifelicious:  Well, they suspend you guys so high up…As a team, is there a type of challenge that you think you and Abram handle well?

Cara Maria:  Uhm…I just want Abram to stay calm because when we did the wire…on ‘Cutthroat’ he gets very crazy like Crocodile Dundee…Whenever I do a challenge, I like to be very calm, like go to a zen place and just zone out and focus on just one step in front of me at a time.  He just gets crazy…and yells…and I’m like ‘You can’t do that because you freak me out, and then I get all like shaky, and I need to calm down, and you’re being crazy.’

Ifelicious;  Basically, it’s better as long as you guys are communicating well…I just think all of the guys, that testosterone kicks in, and they get really competitive.

Cara Maria:  Ya, like take it down a notch!

I know fans are chomping at the bit to find out what’s been going on between Cara Maria and Abram.  Stay tuned for part 2 of this interview to be posted real soon!  In the meantime, check out all of my blog posts about the Challenges by CLICKING HERE.

aimeewinterterm– Interview with Cara Maria Sorbello of MTV’s ‘The Challenge’