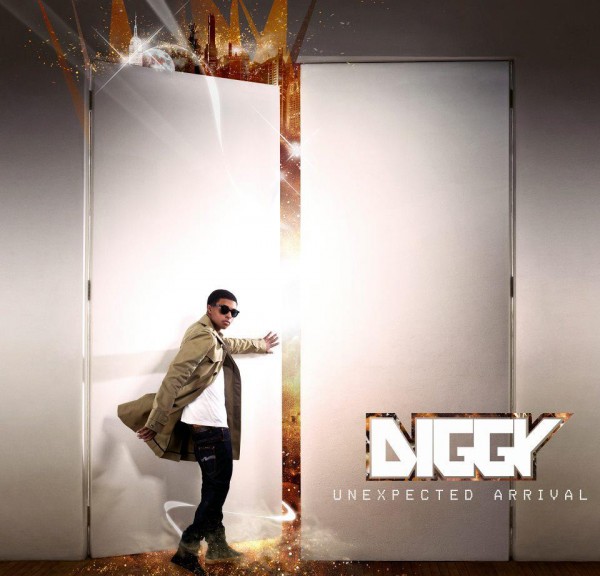 (Press Relaease) Atlantic Recording artist Diggy (website, Facebook, Twitter, YouTube)  was among the winners at this year’s (43rd annual) NAACP Image Awards, taking home the trophy for “Outstanding New Artist.” “It’s so humbling to have my first award be an NAACP Image Award. The ceremony focuses on the positive influence on African American culture, so it means so much to me to have one,” says Diggy on being recognized at last week’s ceremony. Additionally, Diggy recently headlined the “The Life Of The Jetsetter Tour,” which wrapped this past weekend in Washington, D.C., which joins his previous two co-headlining tours, the “106th & Park Presents: The Closer To My Dreams Tour” and the “Scream Tour: The Next Generation,” earlier this year. What’s more, “Do It Like You (feat. Jeremih),” the lead single off Diggy’s highly-anticipated debut album, “Unexpected Arrival,” has broken into Billboard’s “Hot 100” chart and is rapidly climbing the chart, while the companion video has nearly 3 million views on YouTube.

Daniel “Diggy” Simmons has the hip-hop community on the edge of their seats, calling him the “Next Hottest Thing.” In 2010, Diggy teamed up with video director Phil The God to create a viral video that caught the attention of the entire music world. “Flow Stoopid,” a freestyle track over Nas’ “Made You Look,” received instant co-signs from rap heavy hitters ranging from Lupe Fiasco and Kanye West to Common, Quest Love, and Talib Kweli and quickly became an instant viral sensation. In March 2010, Diggy inked a deal with Atlantic Records, and began the road to a successful rap career, establishing himself in the lineage created by his father, Rev. Run and uncle, Russell Simmons.

After releasing his debut single, “Copy, Paste” in May 2011, which shot straight to the top of the 106th and Park countdown, the world is eagerly awaiting what’s next as he puts the finishing touches on his debut album. From being named a member of XXL’s Freshman Class in 2011, to his first BET Awards nomination in the “Young Star Award” category to taking the stage “LIVE” at the 2011 BET Awards Pre-Show, Diggy is undoubtedly the most talked about and sought after young rap superstar. In October, Diggy was nominated for “Rookie of the Year” at the 2011 BET Hip Hop Awards. Later that month, he released his second single, “Do It Like You (feat. Jeremih),” which shot to the top of the 106th and Park video countdown.

Read all of my blog posts about Diggy – CLICK HERE.

VIDEO: Ifelicious interviews Diggy while on Scream Tour
(viewing from your cell? can’t see the video? click here to view directly on YouTube.)