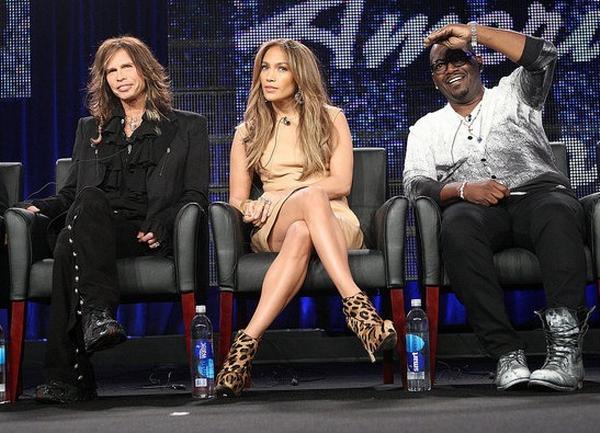 Season 11 of American Idol premieres Wednesday, January 18, 2012 at 8/7c on FOX.  I always say that I don’t really care for the early rounds.  I start paying attention after Hollywood Week eliminations happen, and really tune in when they’re down to the Top 12.  The Idol Pad has been updating their blog with as many of the Top 42 contestants as they’ve been able to confirm.  They’re also compiling a list of the Top 60 eliminated in Las Vegas Round, as many of the 300+ contestants that made it to Hollywood Week (whew! I had no idea so many people get that far).

I’ve never cited The Idol Pad before, but I’m taking the information as truth until/unless I find otherwise.   Here’s 32 of the Top 42 that were posted on The Idol Pad at the time I last checked.  No hometown info on them, but if you recognize someone on the list, leave a comment and I’ll start adding that info.

“Dangerfield wowed fans during his audition but then wasn’t seen from again. We later learned he withdrew from the show. Dixon made it all the way to the Green Mile episode and fans were left shocked when he didn’t make the final cut. Both are getting another shot at season 11 and I wouldn’t be surprised if both make it to the live rounds.”

You can follow The Idol Pad on Twitter: @idolspoilers or using the hashtag #idolspoilers.  Of course, make sure you’re following me, too! @ifelicious

Here’s a message from the Idol judges about this season’s auditions:

Also, the NY Post has also posted this list and has written a really good article with some background about contestants who tried out in previous seasons, read “‘Idol’ web leaks.”

Time to get excited about another season of American Idol!  😀

Read all of my blog posts about “American Idol.” – CLICK HERE