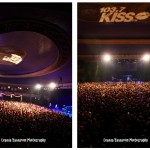 (NOTE Dec 24, 2011: more footage and commentary to be added soon so be sure to check back!) It was a sold out crowd on Saturday, December 17 for 103.7 KISS FM's 2011 KISSmas Bash held at The Rave in Milwaukee.  As an early fan of Hot Chelle Rae, that was my primary motivation for covering the event, but I also enjoyed Kreayshawn and headlining act Mac Miller.  The … END_OF_DOCUMENT_TOKEN_TO_BE_REPLACED 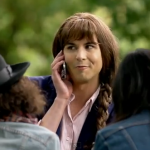 I've been seeing a lot of buzz lately about the web series "Shit Girls Say" (follow their Twitter account) and copycat offspring birthed from the loins of classic comedy about gender, culture, and sexuality.  My currently favorite comedian Daniel Tosh is infamous for soliciting viewer submissions about particular stereotypes or taking jabs at them himself on his popular Comedy … END_OF_DOCUMENT_TOKEN_TO_BE_REPLACED