I haven’t checked out Carl Thomas much since his “Emotional” album released back in 2000. “I Wish” topped the R&B charts and even crossed over to the pop charts. The title track “Emotional” also did well but not as successful as “I Wish.” Now, he’s onto his fourth album “Conquer” that I’ll be checking out to see if he’s still got that R&B flow that his early fans loved so much. Read more below. ~Ifelicious 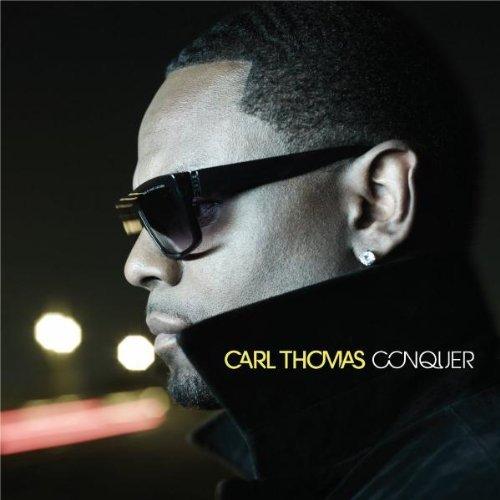 Following a brief time away from the spotlight, Carl Thomas (Facebook, Twitter) returns with “Conquer” (available on Amazon and iTunes), his first album in four years. Thomas’ time away proved positive as the singer delivers a cohesive set that not only showcases his strengths, but also reveals a different side of the crooner not seen in his past material.

Clocking studio time with the likes of Rico Love, James Fauntleroy, Andre Harris, and Mario Winans, Thomas blends unique production and sleek melodies to create a solid project. The singer, who rose to fame in the early ‘00s with hits like “Emotional” and “I Wish,” makes stepping outside the box seem easy on tracks like “It’s Not the Same,” an R&B-pop fusion that finds reflecting on a past relationship. “It’s not the same/We don’t love each other like we did/But who’s to blame,” he sings over the drum-led track.

The Rico Love-produced “Don’t Kiss Me” is classic Carl Thomas. Lifted as the lead single, “Don’t Kiss Me” feels as if it was plucked straight from 2000. When you don’t listen to an artist for a while, sometimes you forget just how good they are. “You know, you know/That you shouldn’t be here/Go home/ I can hear the temptation/It’s calling me right now,” a conflicted Thomas sings on “It Is What It Is,” a mid-tempo groove about resisting temptation.

He leaves his comfort zone on the rock-inspired title track. With Andre Harris and James Fauntleroy at the helm, “Conquer” can be best described as an R&B power ballad. After playing the game, Thomas finds the perfect woman on “It Ain’t Fair.” No R&B album is complete without at least one bedroom tune. Sticking to the script, Carl Thomas takes it to the after hours spot on “Sweet Love.”

Over a decade after entering the game, Carl Thomas returns with most promising project yet. In an era where many artists go off the deep end in hopes of accessing a new audience, Carl Thomas is able to please his base while experimenting to possibly gain fans.