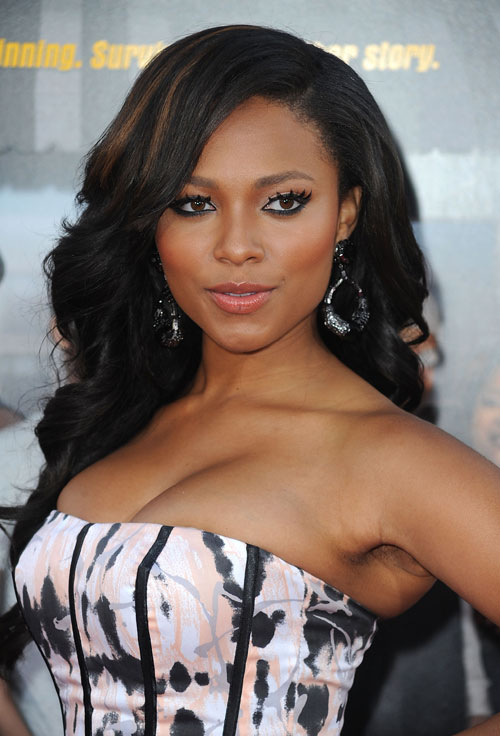 Shut the front door!  Have you been watching this season of “Love and Hip Hop” on VH1?  That whole throw down between Kimbella Vanderhee and Chrissy Lampkin on episode 2!  Seriously, why did Kimbella find it appropriate to tell Emily Bustamante that she slept with Fabolous at the girls only celebration of Emily’s breakup with Fabolous?  Oh, and what was up with that tiny ass dress that dress Kimbella was wearing?  You could see all her lady parts during that brawl.  Right, wrong, or indifferent, at least Emily knows that her girl Chrissy has her back ’cause she broke out a serious can of whoop ass on Kimbella!

Young, Black and Fabulous spoke with Teirra Mari from the cast of “Love and Hip Hop” about her cast mates, the whole Chrissy/Kimbella fight, her music, and more.

On the Kimbella drama from Monday night’s episode when she brought Emily to Kim’s party:

“I didn’t know it was Kimbella’s party before I invited Emily to come with me. But once I found out, I didn’t think it was a big deal. Emily was over it…it’s over now. Let the girl live.”

OMG!  Nancy Jones, mother of rapper Jim Jones, is off da chain, too!  She had me cracking up in episode one with her diss rap to Chrissy that she released to WorldStarHipHop.com.  Watch it below: