You are here: Home / ifelicious tv / In The Life / Oct 2011: IN THE LIFE celebrates 20 years of groundbreaking media

IN THE LIFE marks twenty years on public television celebrating and documenting the faces, voices and stories of the lesbian, gay, bisexual and transgender community. This season premiere opens with analysis of New York’s vote for marriage equality and closes with a look back at twenty years of covering the culture wars.

In the States: New York 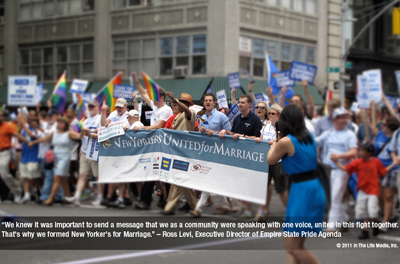 The season premiere highlights the ongoing series “In The States” that takes a hard look at New York’s historic vote for marriage equality: how it happened, who stood in the way, and where does the movement go from here.

The battle is not over. The legislature has voted. This is a creation of the legislature. It can be done away by the legislature. I think that the political class views this as a done deal and I’d think again as we’re seeing in Iowa and New Hampshire; that’s not correct. Brian S. Brown, president, National Organization for Marriage. 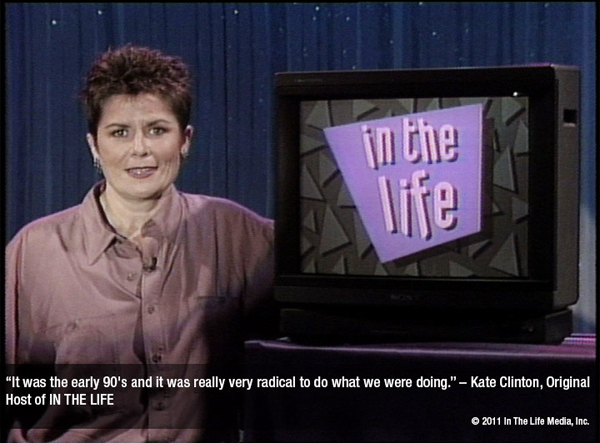 The public affairs program that pioneered lesbian, gay, bisexual and transgender (LGBT) visibility on television celebrates two decades of groundbreaking media that shatters stereotypes and exposes social injustice. “20 Years of Culture Wars” looks back at the show’s impact since its first airing on public television on June 9, 1992. The segment revisits the early seasons as a variety show and the shift to a news magazine profiling the lives of LGBT people while countering the messaging of the radical right at home and abroad. Today, IN THE LIFE continues to raise awareness by engaging viewers, supporting grassroots partnerships and educating policymakers around the country.

I think the function of ‘IN THE LIFE’ has been to show an LGBT world and an LGBT point of view of the world that is an invitation to come out. Kate Clinton, political humorist, family entertainer and the first host of IN THE LIFE