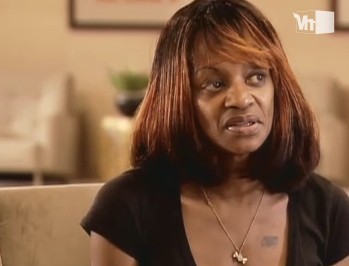 We got to know Frankie Lons when watching the BET reality show “Keyshia Cole: The Way it Is,” then on the spin-off reality series “Frankie and Neffe,” and then battling sobriety on season 4 of VH1’s “Celebrity Rehab with Dr. Drew.”  Since that time, there have been reports of her being arrested, dating known drug abuser Slick ‘Em from Pretty Ricky, and having had her own drug relapse.  While her life hasn’t been squeaky clean, Frankie keeps on keeping on and has released her own single “The Frankie Leg.”  Yes, the title plays on the stanky leg made popular by the GS Boyz, but the Frankie leg is more of a line dance as shown in the instructional video she recently released.

The concept got my attention, but I’m not sure she exactly has a hit on her hands musically, but the dance might take off just because…well…it’s Frankie and people who know she is now.

You ready to do the Frankie leg?