I just wonder why MTV isn’t doing this tribute on their channel? Maybe not the 3-day version, but even a 24 hour tribute would be appropriate for their 30 year anniversary. Either way, this should be something to watch! ~Ifelicious 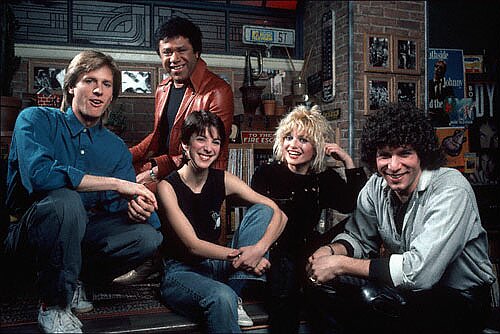 (New York, NY) July 20, 2011 – VH1 Classic is airing “MTV30 On VH1 Classic,” a three day tribute to MTV beginning Saturday, July 30 at 6AM to Monday, August 1 at 12AM. “MTV30 On VH1 Classic” will relive countless iconic moments in MTV’s history with segments from memorable musical performances, hit series, specials, promos and news events that shaped the history of the network. Viewers can also experience MTV’s first original hour of programming from its debut back in 1981 during the tribute marathon Sunday night, July 31, at midnight on VH1 Classic.

“VH1 Classic viewers grew up with MTV, turning the “I Want My MTV” slogan into a battle cry for a generation,” said Tom Calderone, President of VH1 and VH1 Classic. “That generation has grown up to become viewers of VH1 Classic, which is the perfect place to relive many of MTV’s iconic moments that helped shaped music and pop culture around the world.”

From “MTV News” and “Beavis and Butt-Head” to Britney and Madonna’s VMA kiss and unforgettable Spring Break performances, MTV fans can bask in the pop culture landmarks that shaped their youth and celebrate 30 years of MTV on VH1 Classic beginning Saturday, July 30 at 6AM ET/PT. The three-day celebration will contain a must-see mix of clips from favorite classic series including Remote Control, YO! MTV Raps, Beavis and Butt-Head, Headbangers Ball, The Real World, Liquid TV, Club MTV and more unforgettable moments from MTV specials including The MTV Movie Awards, VMA’s and Live Aid, among others. The original first hour of MTV’s debut will air Sunday night, July 31, at midnight on VH1 Classic and feature music videos, including the first video ever played on MTV, “Video Killed The Radio Star” by The Buggles, as well as classic VJ segments from the original MTV VJ’s: J.J. Jackson, Nina Blackwood, Mark Goodman, Martha Quinn and Alan Hunter.

The marathon will also showcase many of the original promos and contests from MTV’s early days including Miss Cleo, Nintendo Power Glove, John Mellencamp’s Pink House Giveaway, and the original “I Want My MTV” ad campaign. Viewers can visit Vh1classic.vh1.com for archive playlists, nostalgic posts about “first video” experiences, interviews and more.