You are here: Home / ifelicious music / (Part 2/2) Interview with ‘Making the Band”s Dylan: Life as a solo artist, student, dad, and lover 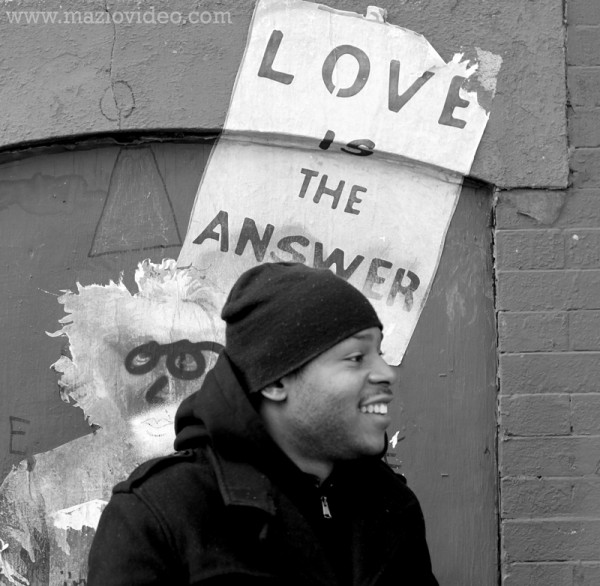 Part 1 of my interview with Dylan Dilinjah included the part of our conversation where we spoke of his seasons on the hit MTV reality TV series “Making the Band 2” hosted by Diddy. In part 2, Dylan offered insight about life after the reality TV cameras stopped rolling.

Ifelicious:  I would imagine having gone through all the things that you have, you’ve got some great material to work with.

Dylan:  Oh ya, for music as well as my book. I’ve been working on a book that should be done by next year.

Ifelicious:  I didn’t know that. Do you have a name for it yet?

Dylan:  It’s an autobiography.  I don’t have a name yet…Every artist has a story. My story isn’t just about ‘Making of Da Band.’ The ‘Making’ part is in the middle of the book, but even before that, there’s my street life and the things that I seen growing up in Brooklyn and in the West Indies. That alone is a book.

Bustin’ a gun at 13 years old…The first place I ever robbed was at 14 years old, puttin’ a gun in a Chinese lady’s mouth…stealin’ cars everyday at 14, 15 years old, livin’ in the Caribbean because I robbed certain people and had to get away to the islands. That’s a story in itself.  Back in the culture, rastafari and learning about my roots and everything else. Livin’ with my grandparents…Do they know that sh*t?…So I owe it to everybody now…and me being a single father right now.

Ifelicious: So let’s talk about that for a moment.  When did that happen?  How old is your son?

Ifelicious: Do you have custody, or what’s the situation?

Dylan: I’m not going to speak on it too much, but I do have sole custody of my son.  I’m a single father…and I’m happy.  He has a cool relationship with his mother…My son  is great.  He’s an excellent kid.  This year alone he was an honors student…He got to eat breakfast with the principal twice.  His artwork is crazy…He loves to draw…I read to him all the time, and we do all kinds of stuff.  That’s my pride and joy.  He makes me happy.

Ifelicious: Was it just maturing, or was it a series of events?

Dylan: It was maturing, of course, but not just that…There was one point of my life when no one had faith and everybody turned on me and everywhere I go was a dead end.  They say when you hit rock bottom, the only way to go is up, and that’s what happened to me, and on my way up I started looking inside, and finding God, and loving family, and looking at life, and just appreciated everything.  Just the sunrise alone, I know like I’m waking up, I’m conquering…and my music got better.  The music [on the album] is about feeling good.

On July 9, 2011, Dylan filmed the video for “Over You” (download now on iTunes). It’s his debut single as a solo artist from his upcoming album and will be released on July 18, 2011. Check out some images taken during the video shoot below:

Part of Dylan’s current game plan is to get his degree in counseling. Man!  If I could only be a fly on a wall when he starts putting his training into practice. As you’ll read from the interview, he really wants to be a positive role model for his son.

Dylan: Eventually I’m going to get the 4 [year], but I don’t even have the 2 year, and I need something.  I want to have something…I don’t want my son to grow up and say, ‘Well, Daddy didn’t get it so why I gotta get it’…I want to be able to at least say, ‘Look!  Daddy has that piece of paper.’  Ok, it doesn’t have to be a BA. I would like to strive towards that but he needs to see that Daddy has something so that he can just be inspired.

I ended the interview asking about Dylan’s new record deal with Expat and of course his love life.  Dude’s a freak, ladies, as you’ll read…Ooh la la!

Ifelicious: You recently signed with Expat, so how did that happen. Did they approach you, or you approached them?

Dylan: I was in a studio and one of their A&Rs was in the studio.  I’ve known him for quite some time but he just got the position of being an A&R over there and…he really loved the music, so he talked to the CEOs over there…and I signed the one album digital deal with Expat. It’s a digital deal so they’re going to market it, distribute it, and everything else online.  It should be a nice little run for this album, and after that we’ll see.

Ifelicious: What’s the album gonna be called? Do you know that yet?

Dylan: I don’t know what the album is gonna be called, but I have a lovely lovely beautiful and powerful [PR company] who I ride for nightly and daily named Nicole Doree, and what they’ve done for me is just amazing, and I can’t than Aundrea and the good folks over at Nicole Doree enough. I love them!

Dylan: To be honest, I’m not all into [looks only].  You can’t just call somebody ugly.  That is crazy.  You can’t do that because nobody makes themselves so who the fuck are you to judge when that person’s inside is way more beautiful than some of these bourgeoisie cocky bitchy models out there.

Dylan: No part of it.  I love women with a balance. I love a woman who’s rooted in family and who has a foundation and is loyal.  Loyalty is very very hard to find, and if they’re loyal and have all of those great qualities then we can definitely take it to the bedroom where there’s handcuffs and candle wax.

Ifelicious: Ohhh! You one of dem!

Dylan: Ya, we can film our lives. We can choke and f*ck, and you can cuss me out. We can role play. We can do everything. It’s all about being creative.

Alrighty now! *fans self*  I…just don’t have anything to say…  😯

In closing, I had to ask if he’d ever do reality TV again.  To that Dylan replied, “Reality TV? I would consider it depending on the situation and the vision. Not just anything.”

Thanks, Dylan, for being open, vulnerable, and generous with your time…and for agreeing to chat it up with an up and coming blogger like me.  xo ~Ifelicious