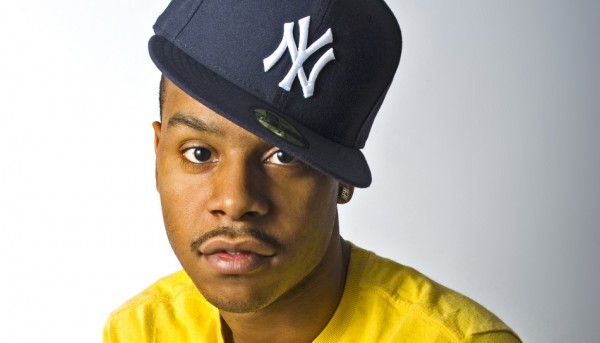 Who could forget the the cocky reggae spitfire Dylan Dilinjah (blog: www.dylandilinjah.blogspot.com, twitter: @DylanDili) from MTV’s “Making the Band 2” seasons where they formed the group Da Band?  He was so memorable that Dave Chapelle parodied him on his show.

Wait!  You have to watch the Dave Chappelle clip right now and crack up with me!!! 😆

I think the season (2004) marked the beginning of the Diddy era, and that season is most memorable for the infamous walk to Junior’s to get cheesecake for Diddy as well as the recording studio shut downs for bad behavior.  At the end, Da Band, as they were to be called, was dismantled by Diddy who kept Ness and Babs– the ones that he thought had the most potential (what happened to them?).  Read “Dylan Disses Diddy, Says Da Band Are Still A Tight Crew” on MTV.com.

Anyway, Dylan has been still in the music scene and recently signed a record deal with Expat Records.  Read the press release below:

(from PR.com Press Release) — Dylan Dilinjah who beat over 40,000 hopefuls to become one of the final 6 members to be selected to form the group “Da Band” on MTV’s hit TV show “Making The Band” went on to achieve Platinum success and worldwide TV recognition. After the shows contractual end Dylan travelled on 2 successful United States tours, various shows in the Caribbean and released mixtapes that have been heard by tens of thousands of fans worldwide.

The “Making The Band” star has worked with various music labels following his reality TV experience, but has now chosen to work with Expat Records to release his first official solo album yet to be named, which is due for release later this year.

Speaking of the deal, Dylan said “I’m excited to be working with Expat Records. I’m currently working on some great new material with some incredible producers and can’t wait to get my music out there.”

Jeff Libby, President of Expat Records comments, “Dylan Dilinjah is an entertainer, a performer and a musical artist in every sense of the word. He creates Caribbean Hip Hop, Reggae Dancehall and Pop blended together perfectly to create the signature DilinJah Sound. We are very pleased to be working with Dylan and are looking forward to a long and successful relationship.”

Dylan Dilinjah will be releasing a new solo album in the Autumn of 2011.

Born in Brooklyn, NY to West Indian parents, he was exposed to both Caribbean and American cultures. Dylan went to school in New York as well as in the Caribbean where he excelled, especially in writing, where he displayed a strong natural talent for composition and prose. After being a selector and reggae/hip hop DJ for quite some time, he decided to pursue his love for writing music. He found a local studio and recorded over 80 songs, sold demos and performed in showcases before deciding to take his talent to a greater audience.

He auditioned for the MTV show “Making the Band,” and out of 40,000 people, he was chosen as one of six to form the group Da Band.

The group later went on to achieve Platinum success and worldwide TV recognition. After the show’s contractual end Dylan traveled on 2 successful United States tours, various shows in the Caribbean, and released mixtapes that have been very well received by music lovers worldwide.

In August 2010 his latest mixtape “Let the Music Talk” was released with very little promotion and a modest Facebook following of only 2,000 friends and fans, and gained 10,000 eager listeners within one month who all expressed their desire for more from this popular and talented music maker.

Now, in partnership with Expat Records, he is working on fresh material for his established fans and neophytes to embrace and open their minds to the new sound of Dylan Dilinjah.

Download Dylan’s latest single “Over You” now on iTunes.

VIDEO: “Promise” by Dylan Dilinjah (he’s still good, wonder why this video hasn’t had a lot of hits)

Listen to “Let the Music Talk”

Read all of my Making the Band blog posts – CLICK HERE.