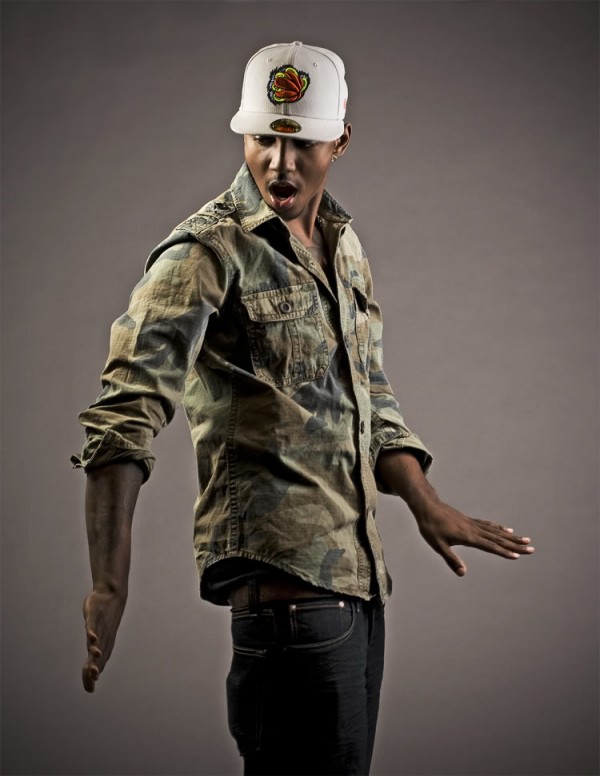 There was something about Dave Raps that caught my ears and eyes earlier this year when I was sent a link to the video “In the Morning” where he rhymes over the sampled track by J. Cole featuring Drake.   In the same way that I loved groups like A Tribe Called Quest back in the day, I love when hip hop meets other music genres like R&B, rock, or jazz and Dave Raps seems to have that sensibility…not to mention he’s HOT!!!  Three years into the hip hop scene, so far he’s released “Class Act” followed by “Yes, I Do,” “Too Unknown” and most recently “H.Y.P.E.” (How Young People Evolve).  He’s definitely on my radar as an artist to watch.

ifelicious: Do you write your own lyrics?

DRaps: Yeah, everything goes on my Blackberry.

ifelicious: What about the J. Cole song “In the Morning” made you want to sample it for your own version?

DRaps:  Just the melodic beat made me want to rip it. And I’m a huge fan of both Drake and J. Cole’s music.

ifelicious: I noticed you tend to blend hip hop with R&B.  How would you describe your sound?

DRaps: I really like R&B, and I can definitely see myself writing some dope R&B tracks in the future, but I really don’t have a name for my sound. Maybe smooth? I don’t know.

VIDEO: “In the Morning” by Dave Raps

In the rap game, Dave Raps is a freshman all-star entering the game with all the swagger of a college graduate. His debut solo album, “H.Y.P.E.” (How Young People Evolve) successfully does everything in its power to justify his confidence. So does Dave’s first single, “The DeLorean,” already “a blaze” in the blogosphere, a track made with the 80’s babies in mind (“Back to the Future”).

Since Dave first started laying tracks, he has been voraciously building a base of fans who appreciate genuine lyrical acrobatics, colorful rap stories drenched in metaphors and abstract thought. With his futuristic vibe and his uncanny story telling ability, it is no surprise that he is being compared to T.I., Andre 3000, and Special Ed. After one listen, you will agree, this 6’2”, wildly handsome and debonair kid, is rightfully one of the fresh, new voices in hip hop.

Possibly his strong Caribbean upbringing might explain why this Yonkers, New York Native commands a crowd so well that he pulls you smack into the middle of his passion fueled reality. Dave’s melodic flow will effortlessly carry you off into the world of “Dave Raps” where track after track, a unique adventure in sound and composition are tantalizingly presented. Even the most astute Hip-Hop connoisseurs respect Dave’s movement.

Fans adore Dave’s hybrid style, his New York flair fused with a sweltering Southern style drawl makes his music soulful yet gritty. His music is unique in the sense that he bridges honesty with creativity and he opens his inner thoughts as he examines outer influences. Dave is in tune with what people want to hear from rappers of the day and he has his lane clearly carved out and his foot is on the gas. Keep your eyes on Dave Raps.