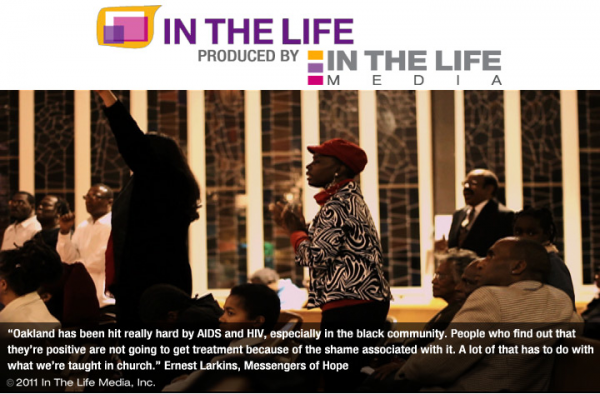 Pride Month officially begins and IN THE LIFE, the only independent voice for the gay community on mainstream television, sends out a message of hope by featuring a gospel choir raising spirits and awareness about HIV/AIDS. Messengers of Hope is an Oakland based gospel choir that uses gospel music as a means to go into the church and the community to engage people in conversations about HIV/AIDS. African Americans have been disproportionately affected by HIV/AIDS since the epidemic’s beginnings.

“When I tell people in the services that I am HIV positive, I see a bunch of different reactions. Sometimes I see shock on people’s face. I can’t tell whether it’s shock because they found out that I’m positive or they’re shocked that I said I was positive,” Ernest Larkins, Director of Messengers of Hope and Minister of the Allen Temple Baptist Church. 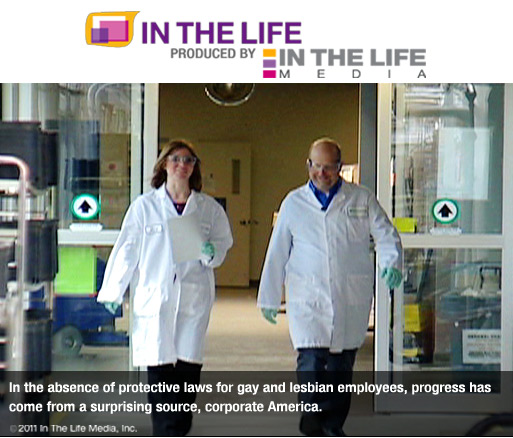 Maintaining the theme of celebrating one’s authentic self, IN THE LIFE also features Andre Cooley, a Mississippi Corrections Officer who was fired when his employer discovered he was gay and Bill Hendrix, Bio Team Leader of Dow AgroSciences in Indiana who has civil protections from 8am-5pm that disappear after leaving the gates of his company. Their personal stories provide a look at employment discrimination and how some corporations provide protections to lesbian, gay, bisexual and transgender employees in the absence of a federally accepted Employment Non-Discrimination Act.

“There are still a majority of states in the United States where it is legal to fire someone because of sexual orientation or gender identity. Even in those states that do have laws, the coverage of these states varies from state to state and in some cases don’t provide adequate protection. For example, most laws do not include protections for transgender people,” Chai Feldblum, Commissioner of the Equal Employment Opportunity Commission (EEOC).

In The Life Media will also be featuring, exclusively on the web, profiles of corporate executives who discuss the unique challenges of being openly LGBT in high-level corporate positions. The profiles include employees from Texas Instruments, Dell Inc., State Farm, Mass Mutual Financial and Out & Equal.

“A Message of Hope” is now airing on public television stations across the country and available for free video streaming and downloadable podcasts from the In The Life Media website. To find out when it will air in your local area, to stream or download it, go to www.ITLMedia.org.