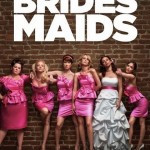 Have you ever been a bridesmaid?  If you answered "yes," I bet it conjures up a mixture of reactions and stories to go with each one.  As we enter another peak season for weddings, writers Judd Apatow ("Knocked Up," "40 Year Old Virgin") and Annie Mumulo ("Bewitched") have written a comedic screenplay about the antics surrounding holy matrimony with "Bridesmaids" being released … END_OF_DOCUMENT_TOKEN_TO_BE_REPLACED 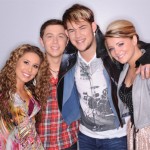 I can't believe that I haven't blogged about Fox's "American Idol" season 10 yet, but I've definitely weighed in here and there on Twitter (@ifelicious).  Anyhooz, we are down to two gals and two guys: Haley Reinhart, Lauren Alaina, Scott McCreery, and James Durbin.  Last night, was a 90 minute episode (really? do we really need that? i guess it saves running over … END_OF_DOCUMENT_TOKEN_TO_BE_REPLACED