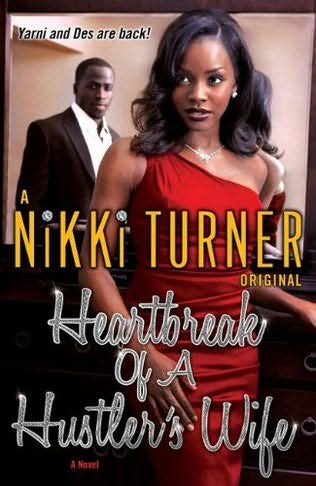 On Tuesday, April 5, 2011, Nikki Turner once again will captivate the hearts of many as she enters your mind and gives you her third explosive page-turning series following the lives of Yarni and Des.  Turner’s #1 bestselling novels “A Hustlers Wife” and “Forever A Hustlers Wife” began the story of this couple.  This time she keeps her readers in awe with the novel “Heartbreak of a Hustler’s Wife” released via One World, a subsidiary of Random House Publishing Group.

Yarni Taylor is a successful corporate attorney who wants nothing more than for her husband, Des, to renounce his hustlin’ ways and commit to his life as a pastor—especially after someone tries to kill him. But Des isn’t ready to abandon his old habits just yet. He has to find out who is behind the murder attempt, and he wonders if the brazen robbery that took place during one of his church services is related in any way. But before he or Yarni can regain their footing, a young woman shows up on their doorstep—Desember Day, the eighteen-year-old daughter Des never knew he had. And, unfortunately, she takes after her father, so trouble isn’t far behind.

With their lives on the line, Yarni must sacrifice everything and take it out of the office and back to the streets to save her husband and her family from their checkered but intricately connected pasts.

Nikki Turner has taken the urban literary community by storm. Known as the “Queen Of Hip Hop Lit” she is the best-selling author of the novels “Natural Born Hustler,” “Relapse,” “Ghetto Superstar,” “Black Widow,” “Forever A Hustler’s Wife,” “Riding Dirty on I-95,” “The Glamorous Life,” “A Project Chick” and “A Hustler’s Wife.” She is the editor of the Street Chronicles series and the “Nikki Turner Presents” line, featuring novels from fresh voices in the urban literary scene. Visit her website www.nikkiturner.com.