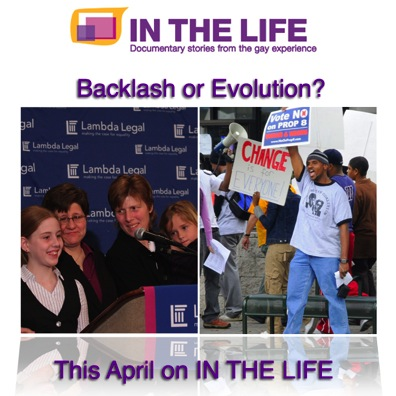 2011 is poised to be a pivotal year in the movement toward marriage equality for gay and lesbian couples, with both sides of the debate encouraged the pendulum will swing their way. IN THE LIFE travels to Iowa where social conservatives use unprecedented tactics to repeal equal marriage rights in a campaign with national implications. Then, as progress and conservative backlash inflame the marriage controversy at the State and Federal levels, we take a step back for a look at a country divided.

The Importance of Being Iowa

In our lead segment, Iowa poses an important question to the rest of the country: Should voters be allowed to decide whether gay and lesbian couples have the right to marry?

We felt the case was going to be successful because people here realize that those are my neighbors or those are my friends and they’re good people. –Jen BarbouRoske, a lesbian wife and mother.

We conclude with a look at current trends in the national debate on marriage equality. As victories and defeats ebb and flow state by state, public support for marriage equality is edging upward.

The gay community has a good opportunity, better than ever, to pass gay marriage in New York this year. I would vote against it, but realistically, it’s a good possibility. – State Senator Rubin Diaz (D- New York)

Watch the entire episode below:

“Backlash or Evolution?” will begin airing April 1st and will be available for free video streaming and downloadable podcasts from the IN THE LIFE website. To find out when it will air in your local area, to stream or download it, go to www.ITLMedia.org.