Here's some news on the upcoming NBC reality show "The Voice." I love the concept and think it just might bring to television what "American Idol" is missing especially post Simon Cowell.  Plus, I'm still crushin' on Carson Daly from his days on MTV's "Total Request Live" (TRL).  Daly, who has sustained a career beyond  MTV with his own show on NBC "Last Call with Carson Daly" … END_OF_DOCUMENT_TOKEN_TO_BE_REPLACED 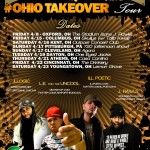 I've been following Illogic and Ill Poetic since moving to Columbus, Ohio. I have yet to see them put on a bad performance, so I'd definitely recommend checking out this tour with J. Rawls, Illogic, Ill Poetic, and LxE For The Uncool through various Ohio venues and one stop in Pittsburgh, PA. Too bad I'll miss out on their performance at Skully's on April 15th with Talib … END_OF_DOCUMENT_TOKEN_TO_BE_REPLACED 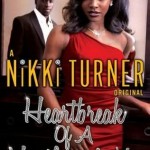 On Tuesday, April 5, 2011, Nikki Turner once again will captivate the hearts of many as she enters your mind and gives you her third explosive page-turning series following the lives of Yarni and Des.  Turner's #1 bestselling novels “A Hustlers Wife” and “Forever A Hustlers Wife” began the story of this couple.  This time she keeps her readers in awe with the novel … END_OF_DOCUMENT_TOKEN_TO_BE_REPLACED 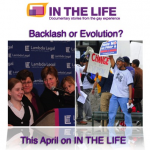 Episode Summary 2011 is poised to be a pivotal year in the movement toward marriage equality for gay and lesbian couples, with both sides of the debate encouraged the pendulum will swing their way. IN THE LIFE travels to Iowa where social conservatives use unprecedented tactics to repeal equal marriage rights in a campaign with national implications. Then, as progress and … END_OF_DOCUMENT_TOKEN_TO_BE_REPLACED