You are here: Home / ifelicious music / Tito Jackson to release first ever solo album “So Far So Good” in summer 2011 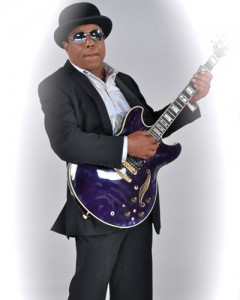 Entertainment legend Tito Jackson’s lead single “We Made It” impacts radio nationally March 9, 2011 and debuted February 16, 2011 on the Tom Joyner Morning Show.  Debut solo album, “So Far So Good” to be released in summer 2011.

March 9, 2011 (New York, NY) – Fresh off two 80K+ sold-out performances this winter, Tito Jackson is poised to release his first-ever solo album, “So Far So Good,” this summer. The lead single, “We Made It” (download on iTunes and Amazon.com) which debuted February 16, 2011 on the syndicated radio program, the Tom Joyner Morning Show, impacts radio nationally today, March 9, 2011.

The last of 9 Jackson siblings to parlay the legendary family name into a solo career with his upcoming release of “So Far So Good,” Tito Jackson already holds the distinction of being an inductee of the Rock & Roll Hall of Fame for his work as a member of the Jackson 5. A father of three- Taj, Taryll, and TJ, known to the music world as 3T, Tito Jackson works closely with his sons who play a heavy hand in the production and creation of “So Far So Good” and encouraged their father to break back out onto the music scene.

“Since losing my brother Michael, I needed to let time pass to heal and repurpose,” says Tito Jackson. “While I still miss my beloved brother, I’m finally in a good place in my life right now and thrilled to be back performing in front of such large audiences. We broke stadium attendance records with our Jackson 5 concerts, and Janet is doing the same thing now with her Number Ones Tour. It’s who we are, and when we step on that stage, we just let ’em have it.”

Tinged with R&B, pop and dance sensibilities, “We Made It” is an anthem of positivity and perseverance, which reflects the Jackson family journey and is sure to impress Tito Jackson’s and Jackson 5’s fans. Having already wowed a recorded-setting 80,000+ fans at New Orleans’ Family Gras Festival (also read Tito’s blog post HERE) on February 26, 2011 and 100,000+ fans at Atlanta’s Peach Drop on New Year’s Eve, Tito Jackson’s next stop is three nights of back-to-back shows on Tom Joyner’s Fantastic Voyage Cruise on March 20, 21 and 22, 2011.

For more information on Tito Jackson and his debut solo album, “So Far So Good,” please follow him on Twitter @TitoJackson5 and visit www.TitoJackson.com.