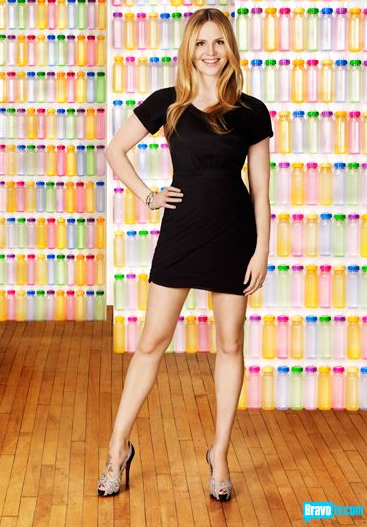 NEW YORK – March 1, 2011 – Bravo births the new series premiere of “Pregnant in Heels,” a docu-drama following Rosie Pope (Twitter: @RosiePope, Facebook: facebook.com/RosiePope) a maternity concierge to the most affluent, expecting mothers in New York City. Each week, Rosie guides two soon-to-be mothers through the joys and perils of preparing to have a baby. From a rock n’roll nursery makeover to getting a baby into the British aristocracy, Rosie and her team tackle their client’s pregnancy dilemmas. “Pregnant in Heels” premieres on Tuesday, April 5 at 10pm ET/PT.

London-born entrepreneur Rosie is the creator and designer of the renowned fashion line, Rosie Pope Maternity. She is also the creator and teacher of MomPrep, the premier training academy for mothers-to-be. With the help of her assistants Hannah and LT, Rosie manages her store on the Upper East Side, designs the clothing and helps clients with all their bizarre baby needs.

Ironically, Rosie faces a harsh reality of her own; though she helps countless mothers through their pregnancies, she can’t get pregnant herself. After the birth of their first son, Rosie was told that having a second child would be next to impossible due to medical complications. With her husband Daron at her side, Rosie has just began the long road of in vitro fertilization in hopes of conceiving a much-desired second child.