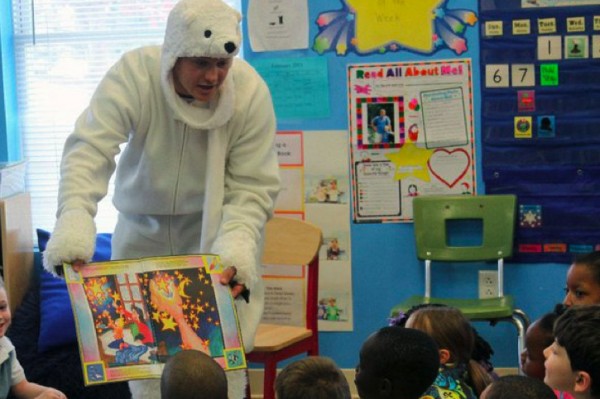 Instead of winding down what was originally a month long book tour promoting the children’s book “The Star of Happiness” written and illustrated by Abram (“Abe”) Boise of MTV reality TV fame, it’s only gaining momentum.  If you’ve been following his updates on Facebook and Twitter, you’ll know that the van broke down putting a monkey wrench in the schedule.  As a result, some school visits needed to be rescheduled and he was not able to make the Princess Half Marathon at Walt Disney World on February 16, 2011.  Yet, the grassroots requests from fans keep pouring in.

“We’ve got Knoxville on Monday (today)…Savannah…New Orleans, all of Texas.  We were supposed to end there, but now we’re booked all the way through Texas back up to Chicago again…and then I’m going back to Montana and take a break.”

And it doesn’t end there.

“It looks like we’re setting up to film a short sizzle real for the new show which would be the tour with Cara Maria and I, and we’re going to try and do that in Chicago…and then we’re going take that promo and pitch that promo to E! Networks and MTV and see how it goes.”

I had been hearing that Abe’s girlfriend Cara Maria Sorbello whose love we saw spark on “The Challenge: Cutthroat” was filming another challenge for MTV.  While he didn’t say anything specific, Abe shared:

“I can tell you that she’s filming right now and they’re going to be done filming probably within a week.”

Abe also has a blog called Abram’s Army (abramsanarchy.blogspot.com) where he has begun to chronicle his journey on the open road for this book tour.  I found his post “The State of the Union #1” to be a good read/rant (depending on who you ask, lol!) of Abe’s philosophy on life, entrepreneurship, and politics.  In the last paragraph, he states:

“Yes, this was the real State of the Union….the American Spirit of Entrepreneurship creating a product from nothing, raising the capital investment to produce, selling the product, trying to make it by any way we can….and maybe, just maybe if we work hard and get it all right- we will get our pie-in-the-sky deal and the big apple herself will welcome us in to take a big bite and eat our fill of the American Dream.”

On Valentine’s Day 2011, he recorded this video about his journey so far and philosophizes in a way that is quintessential Abe.

I’ve been checking in with Abe over the weeks and wanted to share some highlights from those conversations.  Stay tuned because there’s plenty more to come.

BREAKING NEWS!  Abe’s Montana house to be on “CMT Cribs” 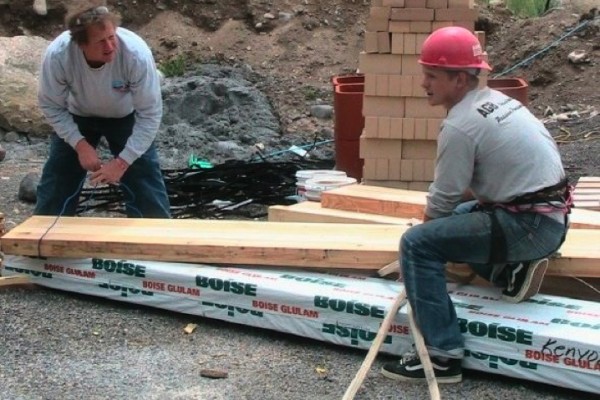 Country Music Television (CMT) has expressed interest in featuring the luxury energy efficient home that Abe designed and built in Montana on a spinoff from “MTV Cribs” called “CMT Cribs.”  The CMT version has featured homes of superstars Kenny Rogers; Paula Dean; Dale Earnhardt, Jr.; Danny Bonaduce, and more. “They were interested in this house and my relationship with some of the girls on the [“The Challenges”] and if they would be up there in the house with me,” explained Abe.  Sounds juicy!  The details haven’t been confirmed yet, but I will certainly keep you informed.

Abe openly admits that he was once engaged but remains tight-lipped when it comes to sharing the name of the lady he nearly walked down the aisle into eternity.  I took another shot at pressing for the deets, but all I can surmise is that it’s someone from reality TV.  He did say, “The truth is, I was in love with her.  I still am, but there’s some people that I love, but I can’t be with.”  I wonder how current girlfriend Cara Maria feels about that.  😉

My goodness, it seems like par for the course if you’re a reality TV star to write a book.  At the time of our first conversation, Nicole (“Snooki“) Polizzi had just released her novel entitled “A Shore Thing.”  When I shared that, Abram replied, “Really?  I actually think that’s kind of sad.”  In a follow up conversation, he shared, “The truth is I’m not even going to bother looking at her book…I haven’t bothered to watch the show…There seems that there’s been this incredible hype that’s generated by nothing.”  In reference to his own book Abe continues, ” I’m one of those people, call me crazy, but you actually have to put in work and quality and actually have something.”  I followed up by saying, “You actually have a different strategy, to which Abe replied, “Ya, I actually want to earn it which is probably why I’m traveling the country in a van.”

That’s it for now.  Like I said, much more coming about the tour and upcoming projects with Abram real soon!

In the meantime, read all of my blog posts mentioning Abram Boise, including more interview highlights, by clicking HERE.