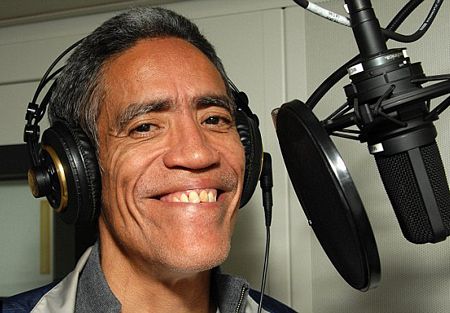 I die.  Ted Williams, the homeless man with the “golden voice” is next up at Millions of Milkshakes (www.millionsofmilkshakes.com) to create a signature shake to be called The Golden Shake.  The launch will take place at the Millions of Milkshakes in West Hollywood tomorrow (Thursday, February 17, 2011).  During the first 30 days following the milkshake’s launch, half of the proceeds will be donated to the Second Chance Foundation established by Ted Williams.  According to the press release, his milkshake will include Oreo cookies, bananas, and strawberries.  The press release also mentions that Ted Williams has a very special message for Barack Obama to share at the launch.

Over the months, thousands of locals passed Ted by as he stood on the corner of a service road parallel to I-71 in Columbus, Ohio and Hudson Street on their way to Lowe’s, Columbus Crew stadium, or several other smaller businesses near that intersection.  Suddenly, the nation was captivated by Ted for a few weeks after he was discovered when his “golden voice” was captured on camera by Doral Chenowith- a multimedia producer with the Columbus Dispatch.  Ted was flown all over the country as the media clamored for his attention.  He finally landed on a series of Dr. Phil episodes (see “From Homeless to Hollywood,” “Ted’s Family Intervention,” and “Ted Williams: The Confrontation“) where he was reunited with family members and ultimately agreed to go into a rehab facility on Dr. Phil’s dime.

Sadly, or inevitably as the case may be, Ted checked out of Origins Recovery Center in Texas within two weeks of being admitted.  He’s recently told the press that he felt rushed at the time and was juggling media interviews at the same time as his recovery.  Now, Ted has moved out to Los Angeles where he’s seeking voice-over work and residing at a sober living facility.  I know his girlfriend “Kathy” checked into rehab at Safe Harbor in Costa Mesa, California at the same time as Ted, but I’m not sure about her latest status (read Feb 1, 2011 Associated Content article “Ted Williams visits his girlfriend in rehab“).

Here’s the original video that Columbus Dispatch multimedia producer Doral Chenowith created. There’s a very well written piece about Doral and details behind his encountered with now famous Ted Williams in the Washington Post entitled, “Ted Williams and the man who made the video.”

Ted Williams joins the ranks of other celebrities like Jon Gosselin, Nadya “Octomom” Suleman, Jabbawawockeez, Heidi and Spencer Pratt…Heck! with a list like this, I should be up for an Ifelicious Shake. 😉  I’m being naughty by editing the list with only the ones that make me raise my eyebrow, but there are other notables on their website www.millionsofmilkshakes.com.

Read all of my blog posts mentioning Millions of Milkshakes HERE.